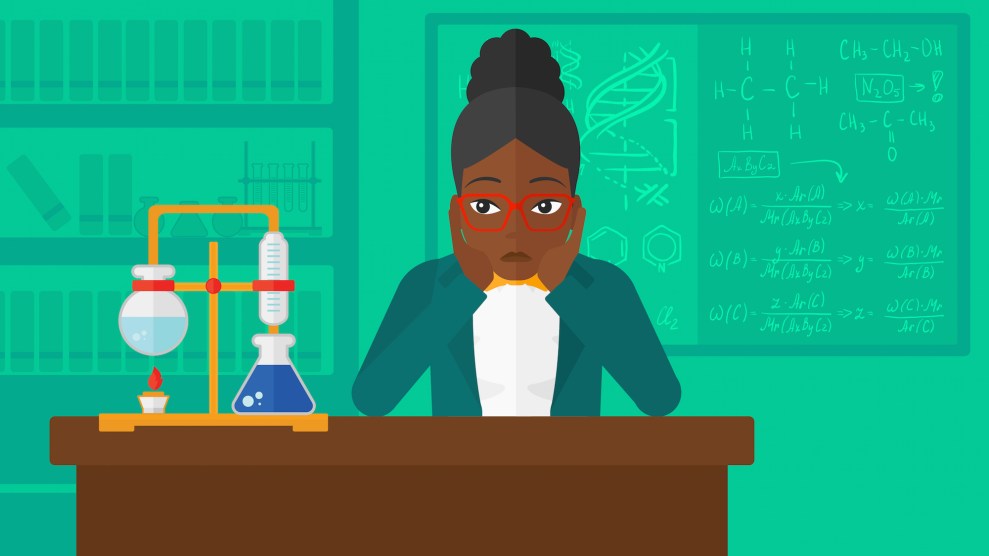 A new study looking at gender bias in funding for scientific research has found that women are at a disadvantage when they apply to renew funding from the National Institutes of Health. According to researchers at the University of Wisconsin-Madison, gender stereotypes may lead scientific reviewers to require higher-quality work from female grant applicants compared with men. The result? Some female scientists are held back from advancing in their careers.

“We’re all bombarded by messages telling us that men are strong and more logical than women and women are kind and more compassionate,” said Anna Kaatz, the study’s lead author. “Because fields like science and medicine have been traditionally dominated by men, competence and ability in those fields are linked to male-type traits.”

According to Kaatz, NIH research project grants are “the most important thing in advancing your career.” They also have to be renewed every few years—often at the same time young medical school professors are coming up for tenure. When a professor applies to renew an NIH research grant, experts from the professor’s field of study give the application a numeric score accompanied by a written critique. The NIH then decides whether to fund the project based in part on those expert recommendations. To find out if gender bias influenced whose funding was renewed, the UW-Madison researchers identified positive and negative words in a small sample of critiques over four years and compared the results by gender. Among successful applications, reviewers tended to be more positive in describing the work of female applicants than they were describing the work of males, even though the NIH renewed funding for more men than women.

The results of their findings, published this month in Academic Medicine, suggest that “reviewers require higher quality work from [women] to confirm they have the competence to carry out the task,” Kaatz says. And for some women who lost research funding because they couldn’t meet that extra-high bar, the lack of funding may be forcing them out of the field.

The consequences of this bias extend beyond the individual careers of the professors. Kaatz suggests there is a connection between the importance of NIH funding in career advancement and “the higher rates of attrition and slower rates of advancement observed for women nationally in academic medicine.” Fewer women in higher positions, she says, “perpetuates health disparities, compromises workforce diversity and scientific innovation, and ultimately disadvantages the United States in the global economy for science and technology.”

In a letter to Mother Jones following the publication of this article, two NIH staff noted that the government agency has conducted its own study on NIH grant funding—with a larger sample size than the UW-Madison study—and found no “important differences in outcomes for women and men.”

“Our work is far from done, as we continue to explore with rigorous scientific methods gender and other disparities—such that we can erase them toward benefiting the public’s health,” the NIH wrote.

Here’s how the effect plays out. 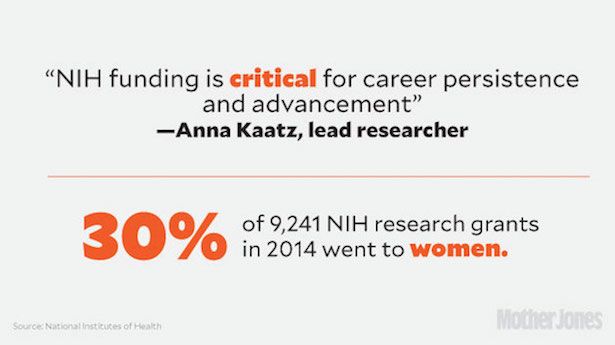 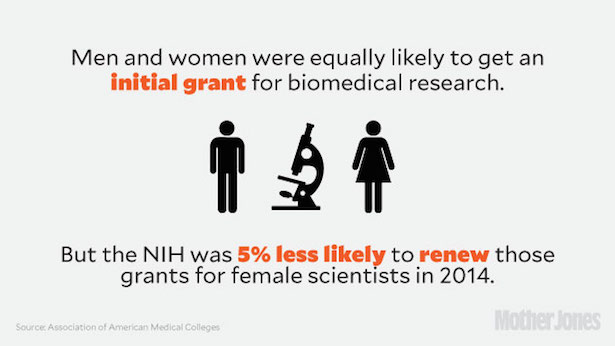 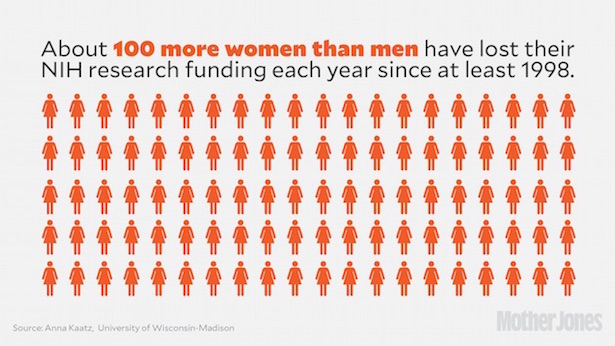 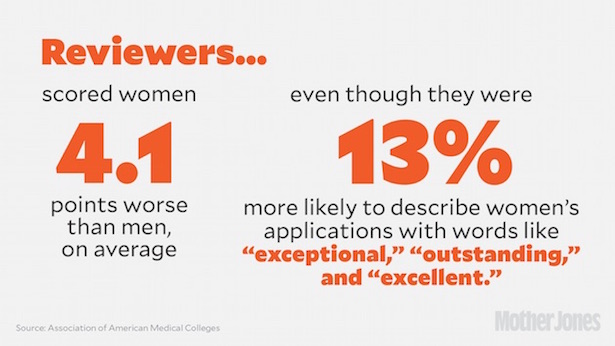 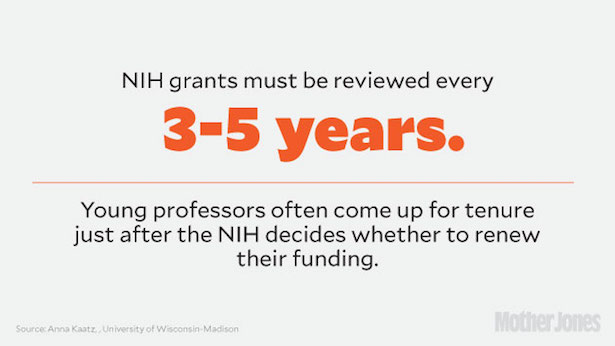 Clarification: An earlier version of this article misstated the NIH reviewers’ relationship to the agency. Additionally, the NIH wrote to Mother Jones after this story was published, and their response has been in part included in this article.