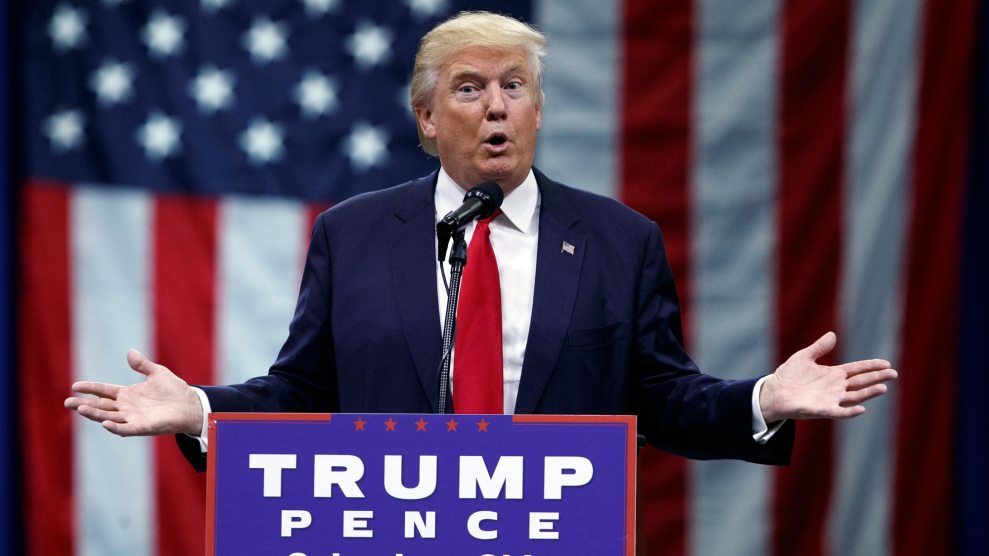 After days of speculation about Donald Trump’s relationship with Vladimir Putin—generated by the GOP nominee’s own wildly conflicting statements on the subject—the Russian President has finally weighed in: According to Putin’s press secretary, the leader has never met nor spoken to the GOP nominee.

In the past, Trump has boasted of knowing and communicating with Putin. But last week, Trump sharply reversed himself, telling reporters, “I don’t know anything about him.” In an ABC News interview that aired on Sunday, George Stephanopoulos confronted Trump with instances in 2013, 2014, and 2015 when Trump contradicted himself.

WATCH: Trump claims ‘no relationship’ with Putin… Here’s what Trump has actually said in the past. https://t.co/uBPWh2iDar

On Monday, in response to an inquiry from NBC News, Putin’s press secretary, Dmitry Peskov, set the record straight on behalf of his boss. “President Putin has never had any contacts with Trump, never spoken to him, including by telephone,” Peskov told the network. “The same goes for all of his staff. We don’t have dealings with them.”

Peskov also added a comment about Trump’s statements that US intervention to help Ukraine take back control of Crimea, which Russia annexed in 2014, could lead to a third world war: “We’re trying not to comment on that, not to get involved in their internal affairs. Regretfully, Russia-bashing is becoming a habit in American elections,” Peskov told NBC.