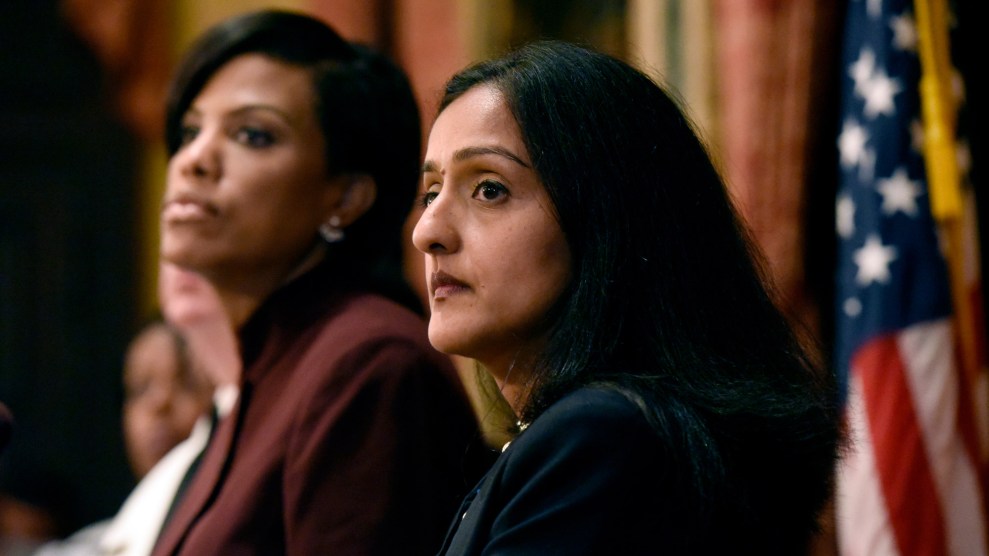 Last week, the Justice Department announced it would sue the state of Georgia for running a network of schools that segregated students with disabilities from those without, denying them equal access to services and educational opportunities. The lawsuit, which seeks to desegregate the state’s program of so-called psychoeducational schools, could prompt school districts across the country to look closely at whether they are illegally separating students with disabilities from their peers.

The DOJ alleges in the suit that Georgia violated Title II of the Americans With Disabilities Act, which prohibits discrimination against people with disabilities by public entities. “Georgia has relegated thousands of students with behavior-related disabilities to separate, segregated, and unequal settings, and placed other students at serious risk of entering such settings,” said Principal Deputy Assistant Attorney General Vanita Gupta in a statement.

Emily Suski, an assistant professor at the University of South Carolina School of Law who specializes in education law, told Mother Jones that the challenge under the ADA—as opposed to one under the Individuals With Disabilities Education Act—allows the government to address systemic segregation in the state’s program. “If the government’s successful, it certainly sends a message,” Suski said. Other states and school districts, she added, will have to reexamine their approaches to educating students with disabilities to ensure they are treating them equally under the law.

The state-funded program, known as the Georgia Network for Educational and Therapeutic Support (GNETS), began as an experiment. Bolstered by a $250,000 state grant, University of Georgia special-education professor Mary Wood opened the first center in 1970 for students in rural districts and offered mental-health and therapeutic educational services. Several years later, the program went statewide. It now serves 4,600 students from more than half of Georgia’s public schools and receives $72 million in state and federal funding. Over time, the program has focused more on managing students’ behavior and on test preparation, rather than therapy, the now-retired Wood told the Atlanta Journal-Constitution in April.

The GNETS program came under scrutiny in July 2015 when the DOJ sent a letter to Gov. Nathan Deal and Georgia Attorney General Sam Olens. The notice claimed that the program allegedly violated the Americans With Disability Act by “unnecessarily segregating students with disabilities from their peers.” Federal investigators alleged that in providing services in segregated programs instead of offering them at more integrated, general education settings, the state discriminated against students with behavioral disabilities.

One student reported feeling “like an outcast” in the program to Justice Department investigators. A parent called the GNETS program “a warehouse for kids the school system doesn’t want or know how to deal with.”

Students in GNETS—54 percent of whom were black, compared with 37 percent of all Georgia public school students—did not receive equal access to grade-level instruction, nor did they have adequate opportunity to participate in electives and extracurricular activities, according to the DOJ. “The vast majority of students in the GNETS Program could participate in general education schools if the State reasonably modified its delivery of educational services and supports in integrated educational settings,” the Justice Department stated in its lawsuit. In the initial notice to the state, Principal Deputy Attorney General Gupta advised state officials to voluntarily comply with federal law. More than a year later, the program wasn’t in compliance “despite good faith efforts,” according to the lawsuit.

Federal investigators found that many students enrolled in the program were confined to classrooms in basements or separate wings of the same school buildings as students without disabilities but had little opportunity to interact with them. One student reported feeling “like an outcast” in the program to Justice Department investigators. A parent called the GNETS program “a warehouse for kids the school system doesn’t want or know how to deal with.”

Physical restraint also persisted in the programs statewide. The Journal-Constitution found that GNETS students were restrained nearly 10,000 times since 2014—five times more than in all of Georgia’s other public schools combined. A school psychologist at one center proposed sending a student to a separate classroom for three hours a day to determine what made her act out. The student’s parents sued the school and school district, claiming the district forced her to attend the school and violated her civil rights. An administrative judge ordered the district to stop the experiment altogether, adding it could transfer the student elsewhere.

Others attended centers that once served as schools solely for black students during the Jim Crow-era segregation. Before the start of the school year, state officials shut down nine facilities after inspectors discovered evidence of physical deterioration, mold, peeling lead paint, and overloaded electrical circuits. Students were transferred to other facilities.

The Justice Department lawsuit is the first to challenge a special-education system operated by a state. Elsewhere, disability rights and mental-health advocacy groups have taken action against school districts. In June 2014, students took action against the city of Springfield, Massachusetts, and its school district for allegedly separating students with disabilities from their peers in Public Day’s elementary, middle, and high schools, where they face the prospect of being pushed out and are subjected to physical restraint and isolation. The group sought a class-action status in May.

And in February, six current and former students sued the Pasadena, California, school district in federal court for allegedly discriminating against students with disabilities by sending them to Focus Point Academy, a “segregated school site” where they receive an “inferior education” and lack equal access to extracurricular activities. At Focus Point, students are allegedly subjected to similar methods for controlling their behavior, such as restraint, isolation, the threat of arrests and suspensions for minor offenses, according to the lawsuit. Two months later, in response to the initial complaint, attorneys for the school district and its superintendent denied the students’ allegations. The case is ongoing.

Georgia Superintendent Richard Woods noted in a statement to Mother Jones on Sunday that the state was “disappointed” in the DOJ lawsuit, adding that officials put “tremendous efforts…into enhancing the educational experience for the small percentage of children who receive education services from GNETS programs.”

“GNETS programs remain a legal alternative for children for whom placement in the general education population is not, at least for some period of time, an effective or appropriate option,” he added. “We will continue to make the well-being of these children our first priority.”