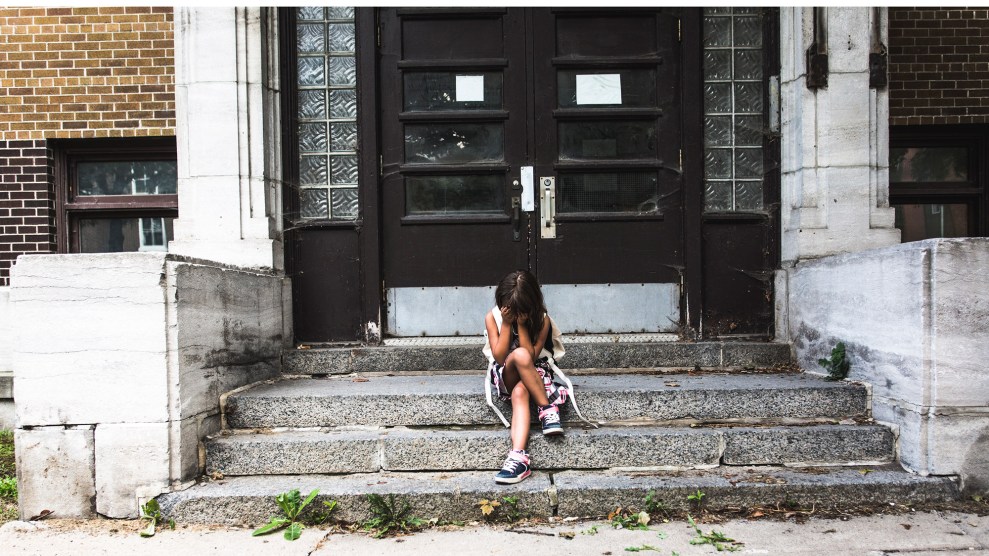 In the wealthy West Jefferson Hills School District in western Pennsylvania, a new high school with an eight-lane swimming pool and terrazzo flooring was recently approved for construction. Meanwhile, in neighboring Clairton, where the district’s poverty rate is 48 percent, officials wrestled with whether to close schools earlier this year.

That striking disparity is just one of many in a new report that maps the country’s 33,500 school district borders and highlights places where high-poverty districts bump up against wealthy neighbors. The report, put out by the nonprofit EdBuild, sheds light on how these well-established boundaries create “barriers to progress that segregate children” and even worse inequities in the public education system. It also notes that existing school finance system, in which districts rely heavily on property taxes as a source of local funding for schools, creates an incentive for wealthier families to move across district lines to more well-resourced areas.

Between 1990 and 2010, income-based segregation among American school districts grew, according to Stanford’s Center for Education Policy Analysis. Such disparities among districts result in unequal access to resources, such as underqualified teachers and subpar facilities, and could lead to gaps in academic achievement. Another recent Stanford study found that children in the wealthiest school districts performed, on average, four grade levels above children in the poorest school districts. In May, on the anniversary of the landmark Brown v. Board of Education decision, the Government Accountability Office found that the share of schools with a high concentration of poor, black, and Hispanic students increased from 9 to 16 percent between 2000 and 2014.

“We’ve created and maintained a system of schools segregated by class and bolstered by arbitrary borders that, in effect, serve as the new status quo for separate but unequal…” conclude the authors of the EdBuild report. “Increasingly, the story of American school districts is a tale of two cities, one well-off and one poor—one with the funds necessary to provide its children ample educational opportunities and one without adequate resources to help its children catch up.”

Here’s a look at the biggest disparities in poverty between neighboring districts: