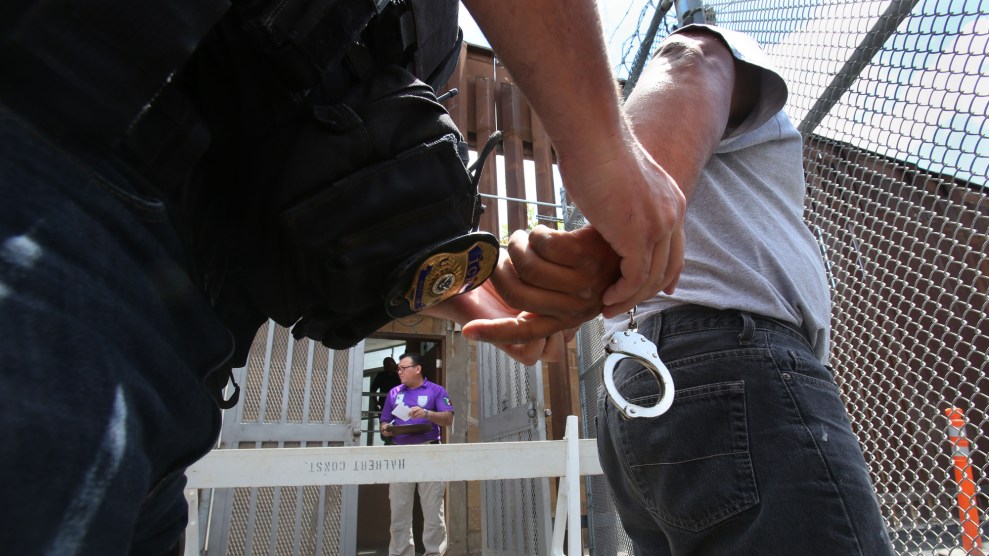 As part of its new program, known as the Priority Enforcement Program, US Immigration and Customs Enforcement also planned to limit how often it asked local law enforcement to hold immigrants beyond their release dates. That type of request, known as a detainer request, has been criticized as a violation of the Fourth Amendment.

But government data obtained this week by the Transactional Records Access Clearinghouse at Syracuse University reveals that ICE field officers have largely ignored those orders, continuing to target low-level offenders and immigrants who have never committed a crime. In the first two months of 2016, for example, more than half the detainer requests targeted immigrants with no criminal conviction. That’s actually an increase under the new program. Of those who did have a criminal conviction, drunk driving was the most common charge, and traffic offenses rank among the top five.

ICE spokeswoman Sarah Rodriquez told the Guardian that the agency could not comment on an analysis by an outside organization, but she said the agency continues to “make significant strides” in focusing its enforcement efforts on convicted criminals and people who pose a threat to public safety and national security.

You can read the full TRAC report here.