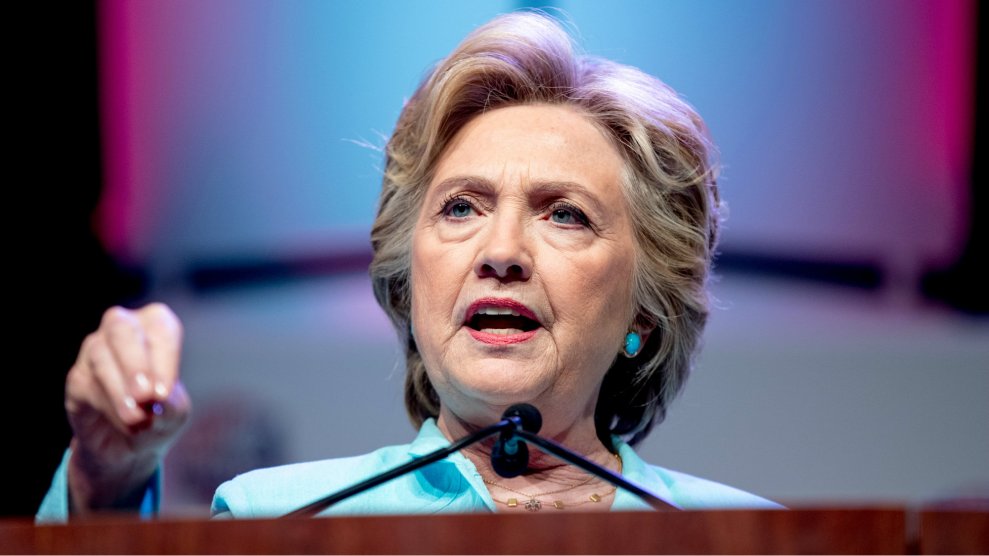 Clinton speaks at the joint convention for national associations of black and Hispanic journalists on Friday.Andrew Karnik/AP

Hillary Clinton admitted Friday that she may have “short-circuited” when claiming in a recent television interview that the director of the FBI had stated that her public comments about her private email server were “truthful.”

Speaking at a conference of the National Association of Black Journalists and the National Association of Hispanic Journalists in Washington, DC, Clinton sought to smooth over an apparent contradiction between her statements and those of FBI Director James Comey regarding her handling of classified emails on her server. Clinton explained that what she meant in an interview with Fox News’ Chris Wallace was that Comey had said her statements to the FBI were truthful, and that what she said to the FBI was consistent with the statements she had made publicly.

“I may have short-circuited it and for that I, you know, will try to clarify because I think, you know, Chris Wallace and I were probably talking past each other because of course, he could only talk to what I had told the FBI and I appreciated that,” Clinton said. “But I do think, you know, having him say that my answers to the FBI were truthful and then I should quickly add, what I said was consistent with what I had said publicly. And that’s really sort of, in my view, trying to tie both ends together.”

Clinton has faced increasing criticism for not holding press conferences, unlike her publicity-hungry GOP rival Donald Trump. She took questions from reporters at Friday’s conference after laying out a number of policy proposals on criminal justice reform, federal spending in “underinvested” communities, and other issues. The reporters were quick to ask her about the subject where she’s faced the greatest scrutiny: her emails.

Clinton said the three classified emails she sent on her private server were not physically marked as such, so she didn’t know they were classified when she sent them.