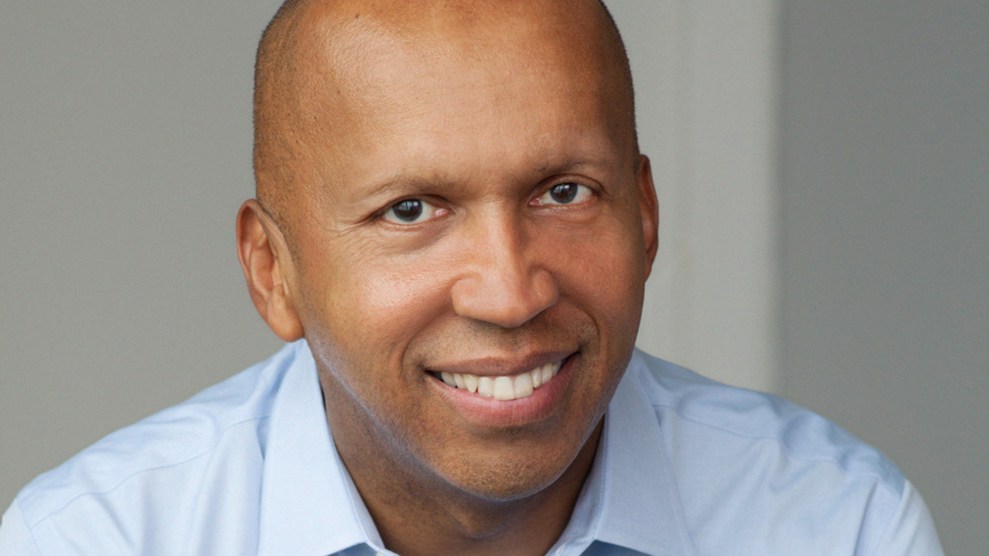 In early 2015, the Equal Justice Initiative released a comprehensive report on more than 4,000 lynchings of African-Americans between 1877 and 1950. The report, which identified more than 800 more instances of racially-driven mob killings than had been previously reported, called for a movement to unearth these acts of “racial terror.” Part of the effort is locating and memorializing lynching sites, such as the one discovered by high school students in Memphis, Tennessee. Bryan Stevenson, the founder and executive director of the Montgomery, Alabama-based EJI, hopes to launch a museum and national lynching memorial next year. Stevenson spoke to Mother Jones about the importance of remembering the lynching era and its links to the present.

Mother Jones: What is the end goal of your campaign to memorialize the sites of lynchings?

Bryan Stevenson: It’s pretty clear that we’ve done very little to acknowledge or even understand the history of lynching. I think enormous damage of was done between the end of Reconstruction and World War II, when thousands of African Americans were subjected to lynchings and millions of African Americans were subjected to racial terror. It’s 2016 and there is not a single place you can go in America and have an honest experience dealing with this history, and we really want to change that.

We have a project to put markers at lynching sites across the country. We are organizing community events where community members go to lynching sites and collect soil and put it in jars that bear the names of these victims, and the dates of these events, as part of exhibit housed at EJI in Montgomery. We are building a museum that will have a significant amount of space and attention dedicated to the era of racial terror. We’re also building a memorial that will honor those who were victimized during this era of lynching.

“It’s 2016 and there is not a single place you can go in America and have an honest experience dealing with this history.”

MJ: Are you working to have a plaque at every lynching site that you’ve identified?

BS: Yes. In other countries, this kind of memorial has been really important to recovery. In South Africa, important places and landmarks are recognized; there is an apartheid museum. There is a similar effort happening in Rwanda. Most Germans want you to go to Auschwitz and reflect soberly on the legacy of the Holocaust. In this country, we do the opposite. You wouldn’t know whether you’re in a slave trading space, you wouldn’t know whether you’re in a place where lynchings took place. That has to change if we’re going to be more honest about our history of racial inequality and what it has done to us.

MJ: Do you think that by confronting this history we could change the way we understand racial violence today?

BS: I do. The big challenge today is that we’ve become acculturated to not take the victimization of people of color seriously. The police violence that has generated more activism isn’t new; it has been going on for decades. We react more to strong reactions than we react to the actual violence and victimization. I think until we confront that, until we challenge that, we’re not going to make the progress that we want to make.

“Confronting this history isn’t just for people of color. This is an American problem.”

MJ: Do you think that confronting this history of racial terror is a different project for white Americans and black Americans?

BS: It’s the same project. I think how people react to it and respond to it will depend on their knowledge of the history and their relationship to the history. But I think confronting this history isn’t just for people of color. This is an American problem. None of us are free in this country because of this narrative of racial difference. It doesn’t take much to create conflict and controversy; we are all burdened by this history. I think that it’s something that we have to confront if we ultimately want to be a free society. And we’re not a free society yet.