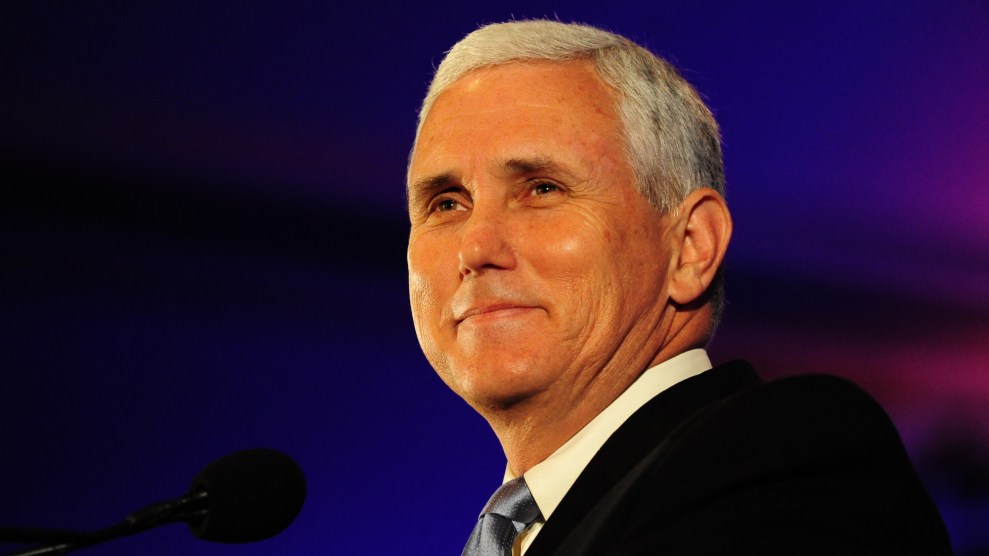 Indiana Gov. Mike Pence, whom Donald Trump is reportedly leaning toward picking as his running mate, once held a pretty unusual view on cigarettes: that “smoking doesn’t kill.”

At several points around the turn of the millennium, Congress debated whether to allow the Food and Drug Administration to regulate tobacco products. Pence, who was elected to Congress in 2000, was firmly against it, arguing that smoking was not as dangerous as the “hysteria from the political class and the media” would have you believe. In fact, tobacco products kill up to half of users, according to the World Health Organization.

An archived page from Pence’s campaign website, unearthed last year by BuzzFeed, contains an article titled “The Great American Smoke Out,” which states:

Time for a quick reality check. Despite the hysteria from the political class and the media, smoking doesn’t kill. In fact, 2 out of every three smokers does not die from a smoking related illness and 9 out of ten smokers do not contract lung cancer.

The article went on to admit that smoking is bad for you (“news flash: smoking is not good for you. If you are reading this article through the blue haze of cigarette smoke you should quit”), but not as bad for you as big government. “The relevant question is, what is more harmful to the nation, second hand smoke or back handed big government disguised in do-gooder healthcare rhetoric.”

In many respects, Pence’s conservative rallying cry against tobacco regulation is similar to more recent conservative hobby horses: campaigns against energy-efficient lightbulbs and against attempts by former New York Mayor Michael Bloomberg to ban some vendors from selling large sodas. But on the question of tobacco, Pence ultimately came down on the losing side. In 2009, under a Democratic Congress and president, Congress finally passed the Family Smoking Prevention and Tobacco Control Act, which allowed the FDA to regulate tobacco products. Pence voted against it.