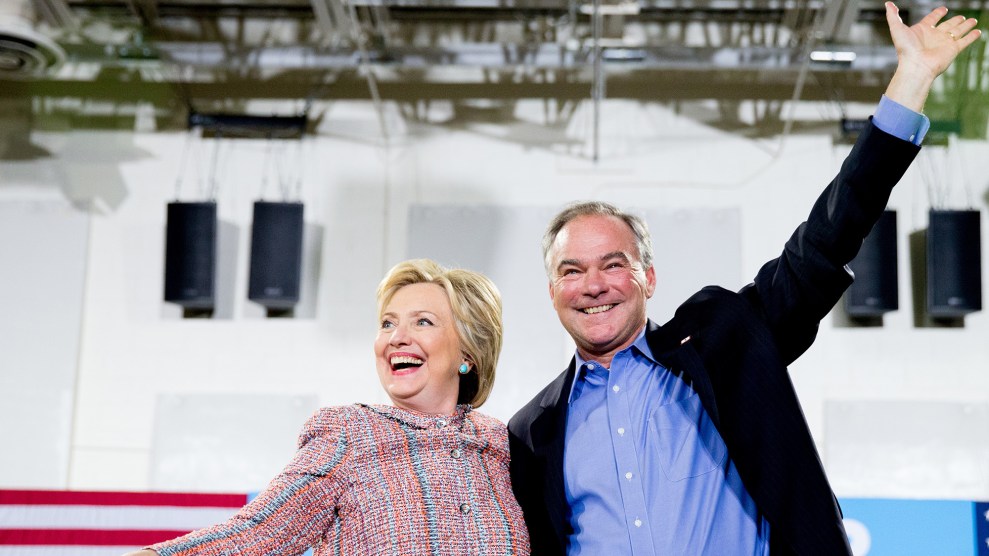 Hillary Clinton announced Sen. Tim Kaine of Virginia as her running mate on Friday, making what’s widely seen as a safe pick by choosing a man with deep political experience, but one who might not have much potential to generate new excitement for her campaign. She announced the decision in a text message to supporters, informing them, “I’m thrilled to tell you this first: I’ve chosen Sen. Tim Kaine as my running mate.”

Read about Tim Kaine’s past as a civil rights attorney.

Kaine backed Barack Obama in the 2008 Democratic primary but was an early booster of Clinton’s 2016 bid and has long been seen as a front-runner to be Clinton’s vice presidential pick. While he doesn’t have a loyal following among the Bernie Sanders crowd, as someone like Elizabeth Warren does, it’s easy to see why Kaine appealed to Clinton. He has an extensive political résumé, as a former mayor of Richmond, lieutenant governor and governor of Virginia, and head of the the Democratic National Committee, and now as a senator from an important swing state.

Kaine isn’t a rhetorical bomb-thrower. He still carries the reserved Midwestern persona that he gained growing up in the Kansas City suburbs. A former civil rights attorney who won a major redlining verdict against Nationwide Insurance before he launched his political career, Kaine, much like Clinton, offers a quieter version of progressivism than Sanders or Warren, with an emphasis on finding compromise and achieving incremental progress. During his first few years in the Senate, Kaine has focused on foreign policy, seeking to impose limits on the president’s powers to conduct war.

Kaine’s challenge will be to convince Sanders fans that he’s on their side, and he didn’t do himself any favors in the lead-up to his vice presidential rollout. Earlier this week, he signed onto a pair of letters, bipartisan but largely authored by Republicans, that asked federal regulators to ease regulations on community banks.