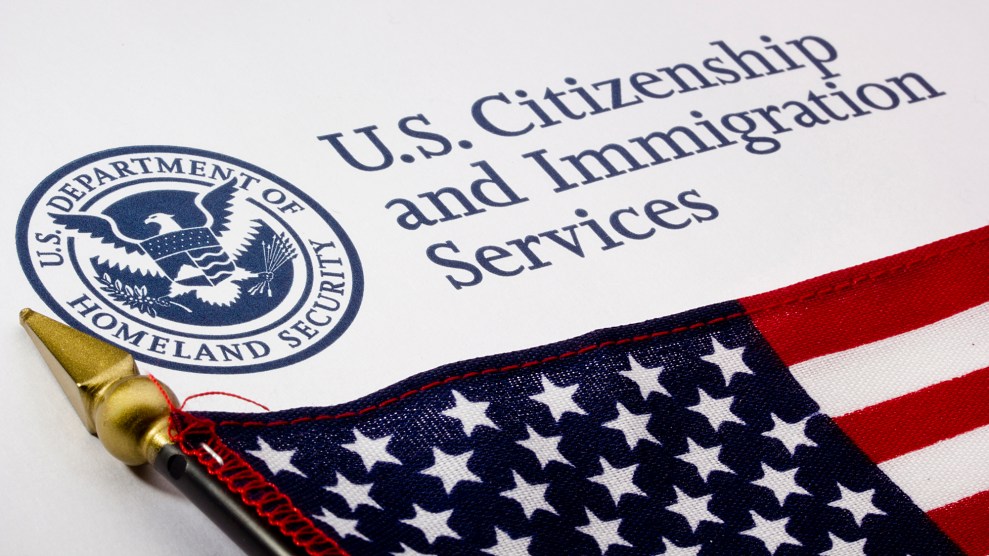 After a slow start, the Obama Administration is more than halfway to its goal of admitting 10,000 Syrian refugees by the end of September. The number of Syrian refugees who have resettled in the United States rose significantly in May and June, bringing the total to 5,186 since October 2015. If refugees continue to be processed and admitted at the current rate, the target could be met by the end of the summer.

In the first seven months after Secretary of State John Kerry announced the plan to bring in 10,000 Syrian refugees last September, only a few hundred trickled in each month. After six months, fewer than 1,300 had entered the country. In May, the nonprofit Human Rights First issued a statement saying the United States was “alarmingly behind” in meeting its goal. Twenty-seven Senate Democrats wrote to President Obama saying they were “deeply concerned” by the slow pace of resettlement, noting that Canada had already admitted more than 26,000 Syrians.

However, by the time the senators criticized the delay, efforts to speed up refugee screening were already under way. The State Department and Department of Homeland Security worked to increase their staffing levels in Jordan, which currently hosts about 660,000 Syrian refugees. Normally, DHS sends teams of 13 to Amman every few months. But from February to April, it sent 40-person teams to interview and fingerprint asylum seekers. The State Department also rented a facility in Amman to accommodate extra staff members.

At the same time, smaller efforts were underway in Turkey and Lebanon, which have taken in 2.7 million and more than 1 million Syrians, respectively. DHS has been sending teams of 15 to 20 people to Turkey. In Lebanon, the United States resumed screening asylum seekers after a two-year hiatus. However, the refugee screening efforts have been notoriously slow. For security reasons, US government employees in Lebanon must live and work inside the embassy, which can only accommodate five DHS staff at a time.