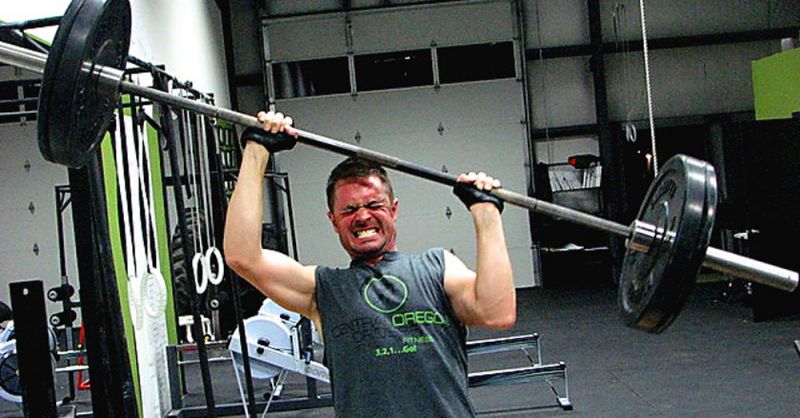 Let me start out by saying that I have never been to CrossFit. I know it is all the rage with a certain segment of fitness loons who probably live in Murray Hill and have a connection for a great “GHB” but that isn’t really relevant here.

Apparently CrossFit is running some very tone-deaf promotion where if you win one of their dumb made-up medals you get a Glock pistol. A real pistol. The type that shoots bullets into people who then may die.

I used to think that CrossFit was a harmless thing that people with severe “things to prove” to their “absent fathers” went to. The gun award thing makes me question that. Maybe CrossFit is also for people who have…small penises.

Steroids will make your penis shrink. Steroids are something I think a bunch of CrossFitters probably take. One famous way for men to feel better about having a small penis is to get a gun.

I go to SoulCycle like a harmless lunatic. At the end of SoulCycle, you know what you receive? A thumbs up from the instructor. If a SoulCycle instructor after class was like, “Ben, come up here” and then whispered, “I need you to take this pistol and hold it for me for a couple of days. Don’t worry about it. No one is going to ask you any questions. And hey, you know? Next week’s classes? On me.” If that happened I would call SoulCycle Corporate and be like, “Yo something is going on with this instructor. You need to call ATF.”

And then they would be so thankful to me that they would give a lifetime membership to SoulCycle. And I’d say, “You don’t have to do that!” And they’d say, “Yes we do. You’re a hero.”

Then I’d get up at the dais, look out at my adoring fans and say, “These guys”—pointing at the SoulCycle instructors—”they’re the real heroes.”

Then I’d be on a jet to LA to sell the rights to this story and once the money was in escrow I would EAT EAT EAT and get so fat because who cares! “I’m a Hollywood producer and American hero.”

What were we talking about?