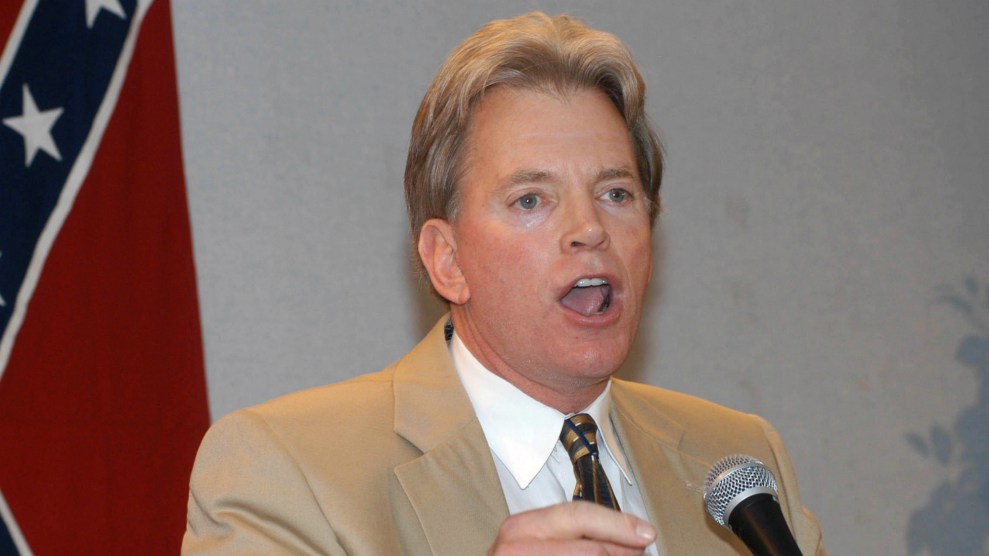 Last night, former KKK Grand Wizard David Duke was ecstatic over GOP nominee Donald Trump’s convention speech; this morning he announced his plans to capitalize on what he sees as a ripe political moment and run for Louisiana’s open US Senate seat.

Duke didn’t draw a direct line between Trump and himself, but he could barely contain his excitement over Trump just hours before his official announcement:

Then, this morning, Duke posted a video to his website announcing his candidacy for Senate as a Republican, and describing himself as the “first American politician in modern times to promote the policy of America First,” a clear nod to Trump’s repeated use of the phrase throughout his campaign. Duke clearly saw Trump’s ascendancy as his moment to break into the mainstream, gloating on Twitter during Trump’s speech last night about the expanding “Overton window”—the range of ideas the public is willing to discuss and accept in the mainstream.

Will I qualify for Federal Office tomorrow? You will know in the morning if I will move the “overton window.”

Last fall, Duke publicly endorsed Trump, who was slow to disavow the white supremacist’s approval. Trump later claimed it was a misunderstanding, but his campaign has attracted a series of white nationalist and openly racist supporters.

Duke, a felon who was convicted of tax fraud, served in the Louisiana Legislature for one term between 1989 and 1992. He later ran for the White House in a long shot bid in 1992 and has continued to periodically run for various state and federal offices, though he has never won.