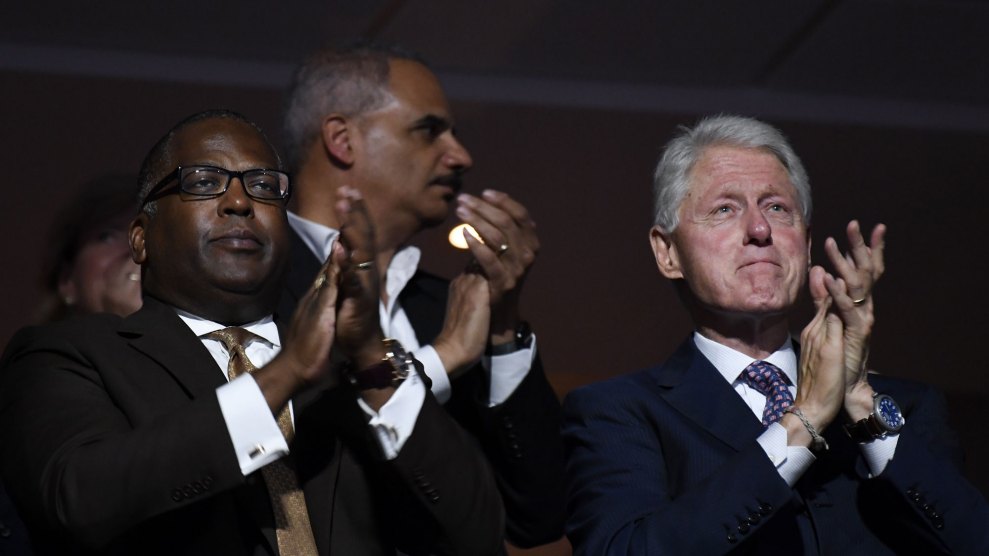 Former President Bill Clinton will address the Democratic National Convention on Tuesday night, and if history is any indication, expect him to go off script. Like, a lot. Four years ago, the aspiring first man ad-libbed much of his speech endorsing President Barack Obama, forcing the teleprompter to freeze for minutes at a time as he skillfully walked the audience through Obama’s economic agenda. Clinton’s real-time edits, viewed alongside the original text, displayed a keen editorial sense of what works and what doesn’t.

But Clinton is also a hands-on editor when it comes to drafting his remarks too. Old presidential records at the Clinton Library offer a behind-the-scenes look at how Clinton (and his speechwriters) composed major addresses during his administration, scribbling in the margins in ballpoint pen and often rewriting long passages by hand. Incidentally, one of the best examples in the collection is a convention speech—from the 1996 convention in Chicago. That’s the one Clinton delivered the famous line “I still believe in a place called America.”

You can read his full markup starting below:

The meat of the speech, full of policy details—including a defense of his welfare reform law—received a lighter editing touch. But Clinton zeroed in on the opening, offering a blizzard of tweaks:

And continued with a series of rewrites on the second page: