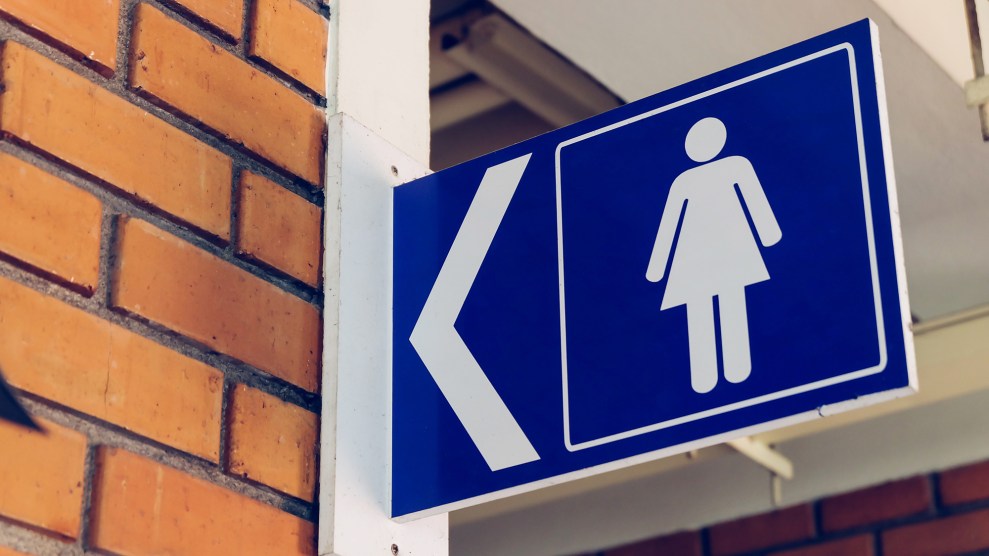 Ten more states sued the federal government Friday over a rule allowing transgender kids to use bathrooms corresponding with their gender identity—rather than the sex listed on their birth certificates—in public schools. They join a group of 13 other states already suing the Obama administration over the same mandate.

A May 13 directive from the Department of Education and the Department of Justice, which does not carry the force of law, said schools that forced transgender kids to use bathrooms matching their birth sex would be violating Title IX and could lose federal funding.

“The recent action by federal agencies to require showers, locker rooms, and bathrooms to be open to both sexes based solely on the student’s choice, circumvents… established law,” wrote Nebraska Attorney General Doug Peterson.

The lawsuit filed Friday is being brought by the states of Nebraska, Arkansas, Kansas, Michigan, Montana, North Dakota, Ohio, South Carolina, South Dakota, and Wyoming. They argue the Obama administration’s directive was an overreach and a misinterpretation of Title IX.

“The recent action by these two federal agencies to require showers, locker rooms, and bathrooms to be open to both sexes based solely on the student’s choice, circumvents this established law,” Nebraska Attorney General Doug Peterson wrote in a statement. “It also supersedes local school districts’ authority to address student issues on an individualized, professional and private basis. When a federal agency takes such unilateral action in an attempt to change the meaning of established law, it leaves state and local authorities with no other option than to pursue legal clarity in federal court in order to enforce the rule of law.”

On May 25, another lawsuit was filed against the federal government over the same directive by the states of Texas, Alabama, Wisconsin, West Virginia, Tennessee, Oklahoma, Louisiana, Utah, and Georgia; the governor of Maine; the Arizona Department of Education; and school districts in Texas and Arizona. Kentucky and Mississippi later signed on to that lawsuit.

The Obama administration argues that transgender kids are already a vulnerable minority and that blocking them from bathrooms of their choice is discriminatory.

“We’re talking about kids, and anybody who’s been in school, been in high school, who’s been a parent, I think should realize that kids who are sometimes in the minority—kids who have a different sexual orientation or are transgender—are subject to a lot of bullying, potentially they are vulnerable,” President Barack Obama said in an interview with BuzzFeed defending the directive.