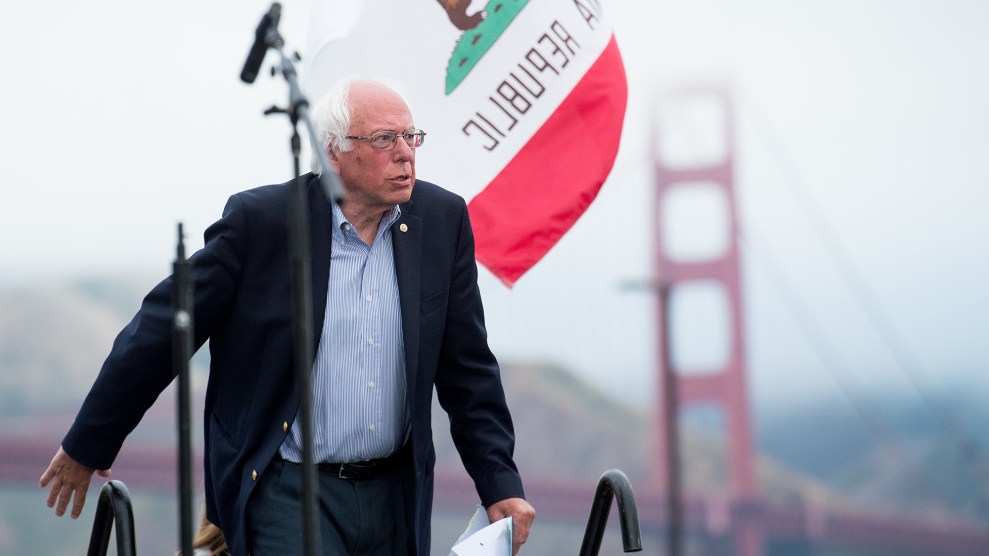 Hillary Clinton claimed the Democratic presidential nomination on Tuesday night, as she racked up a series of primary wins that ensured her a majority of both pledged delegates and superdelegates. But Bernie Sanders vowed to fight on, hoping to woo superdelegates before the party’s convention in Philadelphia next month.

The superdelegates who are supporting Sanders, however, seem to have little appetite for the convention protests and walkouts that some Sanders supporters have threatened. For these superdelegates, the overwhelming preference is for party unity in the interest of defeating Donald Trump.

“I don’t see any dramatic walkouts or protests or egg throwing or anything like that,” says Lupita Maurer, a superdelegate and Democratic National Committee member from Oregon. “I truly believe that by the time the convention comes around, we’re all going to be a happy family again.”

According to the Associated Press, Clinton has the support of 571 of the 714 superdelegates, while 48 support Sanders and 95 are publicly uncommitted. Mother Jones spoke with half a dozen superdelegates backing Sanders. They all expressed loyalty to their candidate and weren’t ready to call on him to drop out. Several said they would wait for Sanders make the call on what to do next, following Tuesday’s results. “All of us are really waiting for some direction from Sen. Sanders,” says Nancy Jacobson, a superdelegate from Florida.

But they had little desire for protests or acrimony that could tear the party apart. The goal, they agreed, is to defeat Trump.

Richard Cassidy, a lawyer from Sanders’ hometown of Burlington, Vermont, said he is with Sanders until his nomination becomes an impossibility—in other words, until it is clear that other superdelegates won’t switch teams to support Sanders. At that point, he said, he’ll be with Clinton all the way.

“She’s infinitely better than Donald Trump,” Cassidy said. “I say that with full awareness of her flaws and her weaknesses, and I think they’re important, but they just are so outweighed by the awfulness of a racist, misogynist bigot becoming president. And I will stand with her shoulder to shoulder in the general election. And so I’m not much interested in symbolic protest that might hurt the nominee in the fall.”

Talk of protests, said Maurer, has more to do with media hype than reality. “I’m a Democrat and I want my party to succeed and I want to defeat Donald Trump,” she said. “And I think everybody feels the same way and we’re all going to work toward that end.”

Most of these superdelegates said the best way for Clinton and the Democratic Party to win over Sanders fans is by crafting a progressive party platform. They want to see Sanders’ proposals—such as a $15 minimum wage, a ban on fracking, and college affordability—incorporated into the platform. And they are optimistic that the party is already on the right track on this front. Sanders, who previously clashed with the Democratic National Committee over appointments to the platform committee, ultimately has won five appointments to the 15-member Platform Drafting Committee, which will draft the platform in the weeks before the convention. Sanders supporters, including Jacobson, are encouraged by the makeup of the committee and hopeful that a progressive platform will emerge.

Pete Gertonson, a superdelgate from Idaho, expressed skepticism that it would be easy to bring many Sanders supporters behind Clinton, but believes that a progressive platform championed by Clinton would go a long way. “His supporters are not all about Bernie; they are about his ideas and his issues, and we need to see some of that incorporated into Hillary’s campaign,” he says. “There needs to be some real words spoken by Hillary and directed to the Sanders supporters saying this is what she will do.”

Troy Jackson, a superdelegate from Maine, was the only superdelegate Mother Jones spoke with who raised the prospect of protests—but only if they become truly necessary. “I’m certainly not advocating for it at this point,” he says. “I’m hoping we can resolve some of these differences by actually listening to the electorate.” Like Gertonson, he doesn’t believe calls for unity will bring Sanders’ supporters into the fold. Instead, Clinton and the Democratic Party need to adopt some of Sanders’ ideas. “Walking the walk would be a nice change,” he says.

Paul Kirk, a Sanders superdelegate from Massachusetts and former chairman of the Democratic National Committee, agreed with the other superdelegates that Sanders and his supporters deserve a significant say on the committees at the convention. But Kirk, who briefly served as a US senator from Massachusetts when he was appointed to fill Sen. Ted Kennedy’s seat after Kennedy’s death in 2009, believes it’s up to the two campaigns to set the tone and unite the party. “In terms of the mechanics of the situation, I think it’s really getting serious people from both campaigns together and say[ing], ‘Okay, congratulations, well done to both, and let’s get on with our common business here,'” he says. “That’s what I expect.”