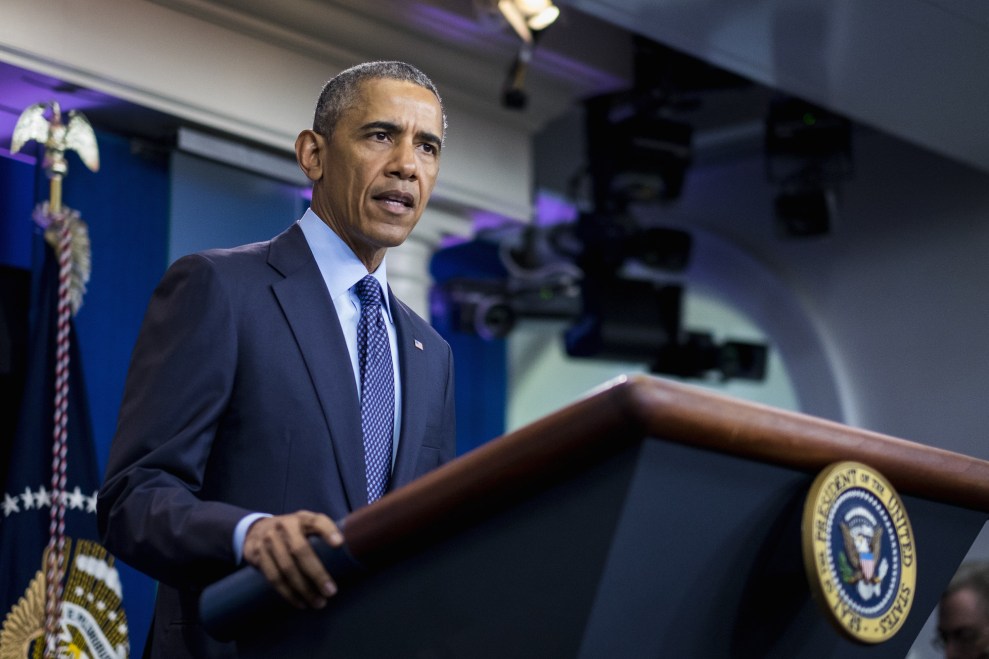 Speaking to reporters at the White House on Monday, President Barack Obama said that there was no definitive evidence to indicate that the gunman behind Sunday’s mass shooting inside a gay nightclub in Orlando was tied to a larger terrorist network.

“At this stage we see no clear evidence that he was directed externally,” Obama said. “It does appear that, at the last minute, he announced allegiance to ISIL, but there is no evidence so far that he was in fact directed by ISIL.”

The president, who had been briefed by FBI director James Comey, said that the shooter, 29-year-old Omar Mateen, was likely inspired by extremist videos on the internet.

“The fact that it took place at a club frequented by the LGBT community I think is also relevant,” he said. “We’re still looking at all the motivations of the killer. But it’s a reminder that regardless of race, religion, faith or sexual orientation, we’re all Americans, and we need to be looking after each other and protecting each other at all times in the face of this kind of terrible act.”

The president’s update on Monday contradicts inflammatory remarks made by Donald Trump in the wake of Sunday’s attack. Since the shooting, the presumptive Republican nominee has used the tragedy to support his plan to completely bar Muslims from entering the country.

Speaking to the morning shows on Monday, Trump also made comments that apparently suggest that the president is sympathetic to terrorist activities, even subtly pushing the birther-conspiracy theory as a reason why Obama refuses to say “radical Islamic terrorism.”