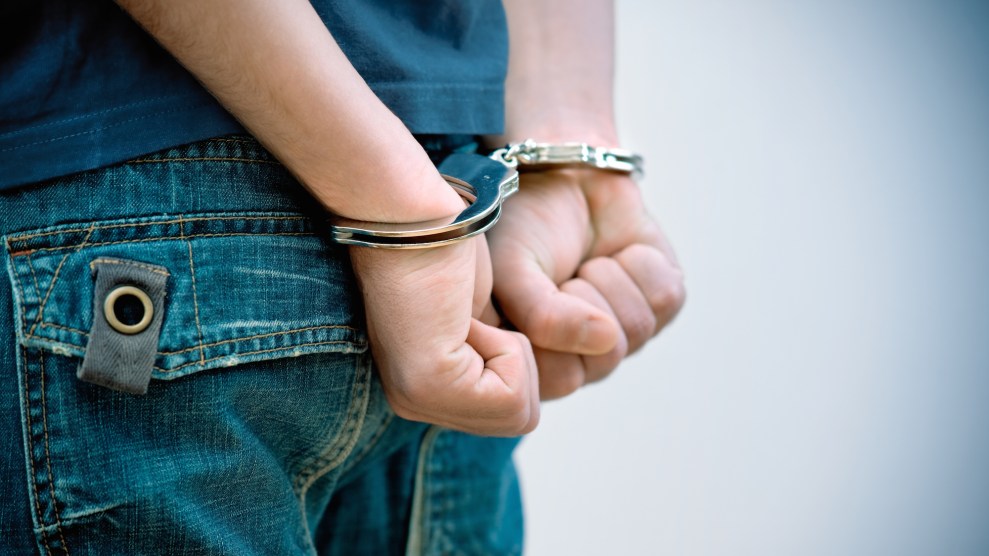 With less than 10 minutes to go in the state legislative session Monday night, Louisiana seemed poised to reform sentencing laws that allow teenage offenders to be put behind bars for life, without the possibility of parole. Under a last-minute deal approved 83-2 earlier in the day by the state House of Representatives, past juvenile lifers would go before parole boards after serving 30 years. Future life sentences for children would be all but eliminated.

But immediately before the Senate’s final vote was called, Sen. Karen Carter Peterson, the chair of the state Democratic Party, took the floor. In a surprise move, she filibustered until the session ended. While running out the clock, Peterson suggesting that the bill had strayed too far from its original intent and that further deliberation was needed. “If not this year, maybe we can look at it next year,” she said. “Or the year after.”

When he was 16, this man threw one punch—and went to jail for life.

If the measure had passed, 96 men and women who have spent three decades behind bars for crimes committed as teenagers would have immediately been eligible for parole, according to a juvenile rights advocate familiar with the negotiations. And it would have marked a sea change for Louisiana, where more than 200 prisoners are currently serving life without parole for crimes they committed before turning 18—the most juvenile lifers per capita in the country.

“We are disappointed,” says Josh Perry, executive director of the Louisiana Center for Children’s Rights, “but we will keep fighting to bring Louisiana’s children home.”

The loss was crushing for Perry and other juvenile justice advocates, who shepherded the bill through several major reconstructions over the past month. Under the version passed by the Louisiana House in early May, offenders who received a life sentence for first- or second-degree murder before June 25, 2012—the date the United States Supreme Court outlawed the use of mandatory life sentences for juvenile offenders—would be eligible for parole after serving 35 years. Then, last Tuesday, Sen. Daniel Martiny, a Republican from New Orleans and a longtime supporter of juvenile sentencing reform, attached an amendment banning life-without-parole sentences for juveniles entirely.

The Louisiana District Attorneys Association, however, wasn’t on board with taking away the option of a life sentence from judges and prosecutors. Neither, it turned out, was the Louisiana House, which turned down Martiny’s amendment.

After a weekend of last-minute negotiations, a final deal was reached: Offenders imprisoned before 2012 would get the opportunity for parole after 30 years inside, while life without parole would be abolished for teens convicted of second-degree murder—the most common charge for juveniles who receive that sentence. The bill passed the House with just nine minutes left in the legislative session and was rushed to the Senate, where Peterson’s filibuster ended any hope of passage this year.

Peterson had supported a separate amendment that would have made those juvenile lifers eligible for parole after no more than 25 years. That would have put Louisiana more in line with other states that have reformed sentencing practices, said Joshua Rovner, a juvenile justice expert at the Sentencing Project. (Compare Louisiana’s proposals to a law passed two years ago in West Virginia, allowing juveniles convicted in adult court to be eligible for parole after no longer than 15 years.) But what’s most important, Rovner says, is that offenders have “a meaningful opportunity for release.”

Earlier this year, the Supreme Court ruled that its 2012 ban on mandatory juvenile life-without-parole sentences should apply retroactively. The decision meant that prisoners who were already serving mandatory life for crimes they committed as children—a group of more than 1,000 people nationwide that disproportionately includes black and Latino offenders—needed to be given a chance at release.

Since then, states have begun resentencing juveniles who had been sent to prison for life under mandatory sentencing laws or empowering parole boards to review juvenile lifers’ cases. Louisiana’s bill was designed, in part, to let the state deal more efficiently with these inmates. For now, the only way for juvenile lifers to be released in the state is for them to petition the courts for a resentencing hearing—a slow, costly process with no guarantee that the judge will overturn the life-without-parole sentence.

Meanwhile, Louisiana’s children’s rights advocates will start working on next year’s version. “I would think it’s going to be brought up again next year,” Martiny said. “It’s my hope that sometime between now and next year, the Supreme Court will come and say, ‘Well, because y’all didn’t fix this, this is what you’ve got to do.'”