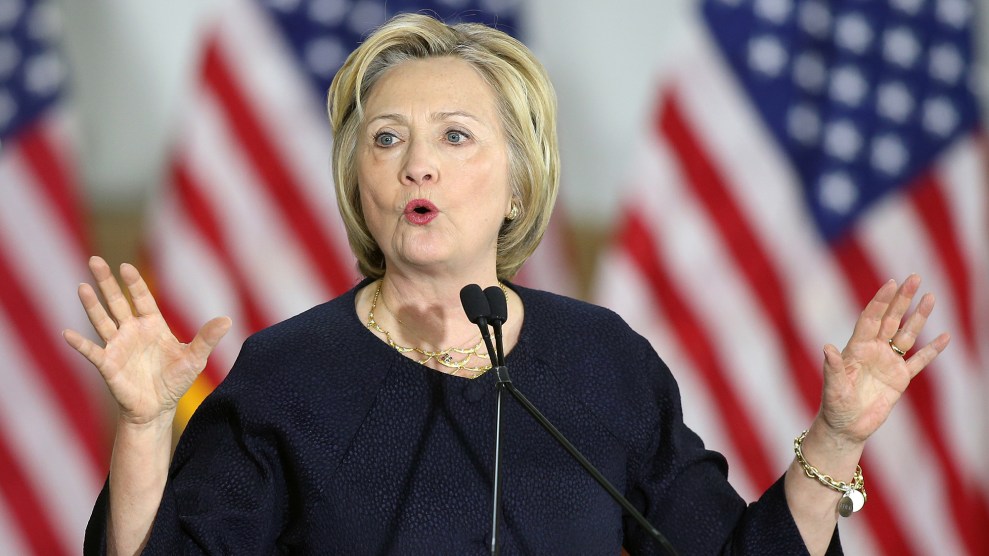 Hillary Clinton largely ignored Donald Trump’s attacks on her in a speech she gave in North Carolina on Wednesday afternoon, hours after Trump used a speech in New York to rip into her on all fronts. But Clinton did sneak in a dig at Trump at the end of her address, one that hints at the strategy she might employ during the campaign to parry his unrestrained attacks.

Clinton’s speech mostly stuck to her standard lines from the primary campaign on how she’d improve the economy. But at the end, she called out Trump’s attacks on her faith and the work of the Clinton Foundation. “He’s going after me personally because he has no answers on the substance,” Clinton said. To Trump’s questioning of her spirituality, she responded, “Sigh.”

But Clinton didn’t completely avoid personal attacks herself. When discussing how her economic plan would help poor people, Clinton said, “Donald Trump uses poor people around the world to produce his line of suit and ties.” She also quipped about Trump’s history of bankruptcy in his businesses. “We need to write a new chapter in the American dream,” she said, “and it can’t be Chapter 11.”