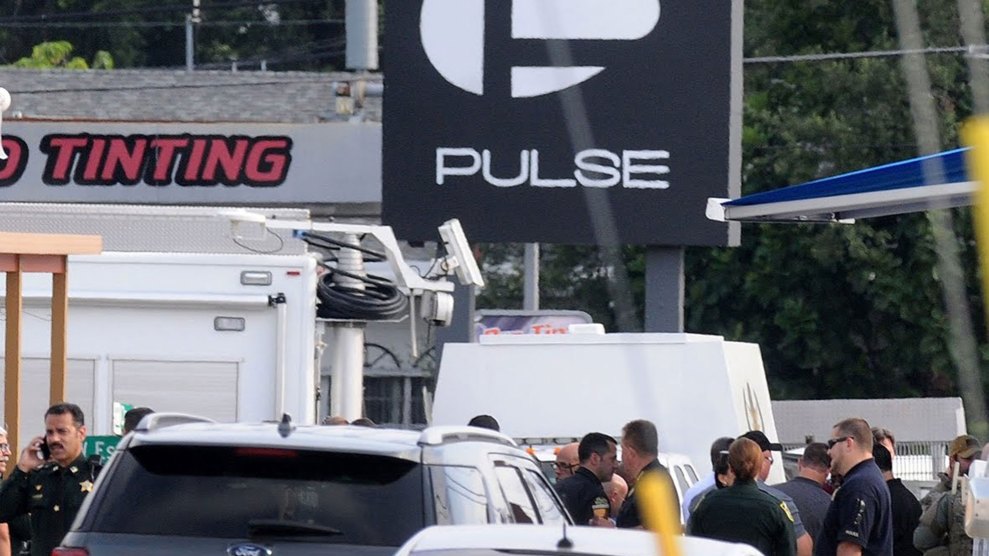 In the aftermath of Sunday’s horrific shooting at Pulse nightclub in Orlando that killed 49 people and injured 53 others, many politicians have extended condolences to the families of the victims and expressed solidarity with the city of Orlando. President Obama addressed the nation from the Oval Office on Sunday, and all three remaining presidential candidates issued statements condemning the attack.

Here’s statement from Bernie Sanders in the aftermath of the Orlando shootings: pic.twitter.com/pk4dXBRtK8

But among responses from conservatives, there’s a trend worth noting: They repeatedly fail to acknowledge that the shooting victims were targeted because they were gay or transgender. Dozens of statements from lawmakers acknowledge “the victims and their families” without mentioning what the victims had in common. Others highlight the role of Islamic radicalization but ignore blatant homophobia. Take a look at these 25 statements on the shooting that sidestep the identity that the victims shared.

Trump’s full statement on the Orlando attack is what you’d expect. pic.twitter.com/9Dj4wvu9KP

We pray for those brutally attacked in Orlando. While we must learn more about the attacker, the victims & families will not be forgotten.

Praying for the victims, their families and Florida in the wake of this horrific massacre and act of terrorism. #OrlandoStrong

My prayers, and the prayers of all Arkansans, are with the victims of last night’s attack in Orlando and their families.

Saddened by the tragedy that occurred overnight in Orlando. Praying for the victims, their families, and our dedicated first responders.

My thoughts and prayers are with the victims and families involved in the tragic #Orlando shooting. #PrayForOrlando

Devastating. Praying for the victims, families and those in Orlando affected by this tragedy. https://t.co/DhTc208QwQ

Jaime & I are mourning the lives lost in Orlando & are praying for the wounded. Our hearts ache for the families of the victims. -CG

My thoughts and prayers are with the victims of this morning’s horrific attack in Orlando and their loved ones.

Heartbreaking news out of Orlando. My thoughts and prayers are with the victims, families, & first responders. #PrayForOrlando

My thoughts and prayers are with the people of Orlando and everyone who was impacted by last night’s senseless attack.

Following last night’s tragic shooting, my prayers are with the victims, their families, and the people of Orlando.

Franki and I send our thoughts & prayers to the victims of today’s horrific violence and their loved ones.

Heartbreaking news out of Orlando. We are praying for the first responders, for families who have lost loved ones, and for the many victims.

My thoughts and prayers go out to the friends and family of @PearlandPD Officer Endy Epankya https://t.co/dBorYJmWlx #RIP

Our thoughts and prayers go out to the victims of the terrible attack in Orlando. Thankful for law enforcement who saved more than 30 lives.

Praying for the Orlando community in the wake of this morning’s unthinkable act of violence.

Prayers for the people of Florida, the injured, and the families of those killed. Truly sad and horrific.

As we keep praying for the victims of the massacre in #Orlando, we must recommit to stamping out every ideology that spreads hate & murder.

Deeply saddened by the horrific tragedy in Orlando. My thoughts & prayers are with the victims, their families, & the first responders.

Our thoughts and heartfelt prayers go out to the victims of this horrific tragedy in Orlando, and to their friends and families. #utpol

I join the nation in mourning the loss of innocent lives in #Orlando, and offer my condolences to all of the victims’ loved ones.