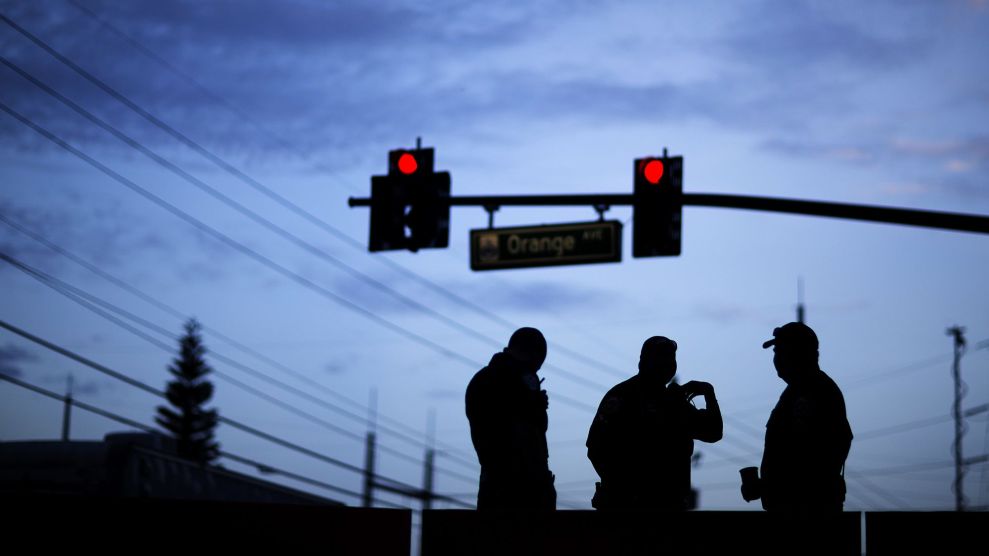 Police stand at a road closure outside the Pulse nightclub following the mass shooting on June 19 in Orlando.David Goldman/AP

The FBI has released the complete transcript of the Orlando shooter’s 911 call, revealing that while talking to operators, Omar Mateen pledged allegiance to Abu Bakr al-Baghdadi, the leader of the Islamic State.

“I pledge allegiance to Abu Bakr al-Baghdadi may God protect him [Arabic], on behalf of the Islamic State,” Mateen said, according to the transcript, after operators asked him his name.

The FBI released a partial account of the Orlando shooting on Monday morning, detailing how Mateen called 911 during the shooting and warned of more attacks to come. But the transcript was heavily redacted, omitting the name of the shooter and the groups to whom he pledged allegiance. The omissions drew criticism from a number of Republicans in Congress, with House Speaker Paul Ryan calling the editing of the transcript “preposterous.”

The FBI said in a statement that it did not want to provide “a publicity platform for hateful propaganda” but released the full transcript of the call later in the day in a joint statement with the Department of Justice.

“The purpose of releasing the partial transcript of the shooter’s interaction with 911 operators was to provide transparency, while remaining sensitive to the interests of the surviving victims, their families, and the integrity of the ongoing investigation,” the FBI said in its statement. “Unfortunately, the unreleased portions of the transcript that named the terrorist organizations and leaders have caused an unnecessary distraction from the hard work that the FBI and our law enforcement partners have been doing to investigate this heinous crime.”

The FBI’s timeline of the attack, which the agency derived by charting radio communication from Orlando police, shows that Mateen spoke to police at least four times during the shooting. In his last call with crisis negotiators, Mateen identified himself as an Islamic solider and told negotiators to tell America to stop bombing Iraq and Syria, according to the FBI’s account.

The FBI said it would not release audio of 911 calls from the shooter or from inside the Pulse nightclub, out of respect for the victims.