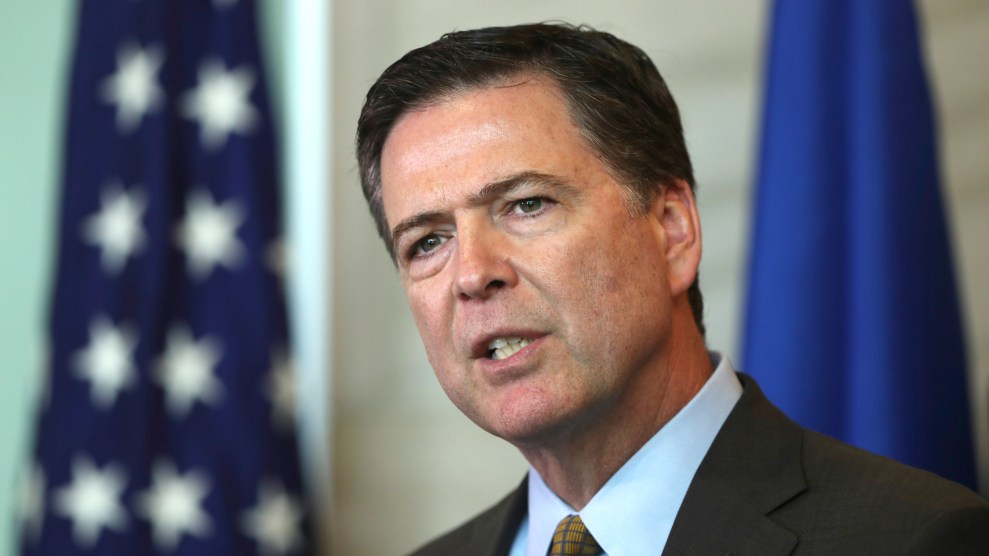 FBI Director James Comey took an unusual step while briefing the press on the investigation into Sunday’s mass shooting at an Orlando gay club, saying that he would try not to use the name of the killer in the hope of denying mass shooters publicity.

“I am not using the killer’s name and I will try not to do that,” he told reporters. “Part of what motivates sick people to do this kind of thing is some twisted notion of fame or glory and I don’t want to be part of that, for the sake of the victims and their families and so that other twisted minds don’t think that this is a path to fame and recognition.”

Mother Jones’ Mark Follman has previously covered how media focus on mass shooters—including publishing their names, photos, and social media musings—can actually help fuel future attacks. “Evidence amassed by the FBI and other threat assessment experts shows that perpetrators and plotters look to past attacks both for inspiration and operational details,” he wrote after mass killings last year. FBI agents and psychologists recommended to him that media outlets cut down on using killers’ names, especially in headlines, and publishing images of them. “Their use can have a dangerous effect on other young men vulnerable to dark and violent identifications with the perpetrators,” said forensic psychologist Reid Meloy of the University of California-San Diego.

Comey also defended the FBI’s previous dealings with the killer, 29-year-old Omar Mateen, who was investigated twice by the agency. The FBI investigated Mateen for ten months and interviewed him twice in 2013 after he threatened his colleagues at the courthouse where he was working, but eventually closed the case. The next year he was interviewed again as the FBI tried to find out out if Mateen had significant links to Moner Mohammad Abusalha, a South Floridian who carried out a suicide bombing in Syria in 2014 for Jabhat al-Nusra, Al Qaeda’s affiliate in Syria. The agency determined he didn’t. “I don’t see anything in reviewing our work that our agents should have done differently,” Comey said.