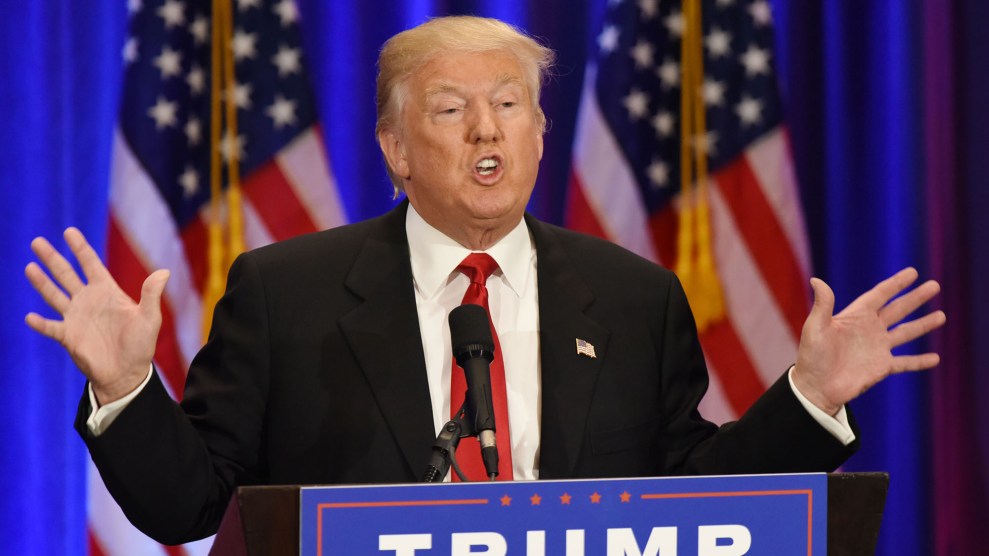 Donald Trump’s speech on Wednesday attacking Hillary Clinton contained no shortage of exaggerations and falsehoods, but his claim that the former secretary of state’s email had been hacked and was likely in the hands of an enemy government stood out as a serious whopper.

“To cover up her corrupt dealings, Hillary Clinton illegally stashed her State Department emails on a private server,” Trump said. “Her server was easily hacked by foreign governments—perhaps even by her financial backers in Communist China—putting all of America in danger… So they probably now have a blackmail file over someone who wants to be president of the United States.”

Even as the FBI continues its investigation into the matter, there’s been no evidence yet that the private server was hacked, even though it’s clear that attempts were made.

On Thursday, NBC’s Lester Holt pressed Trump on his claim that Clinton’s email had been hacked. Their exchange was amusing:

LESTER HOLT: You also made the claim that her e-mail, personal e-mail server, had been hacked, probably by foreign governments, suggesting that—

HOLT: — well, wait a minute – but — suggesting that she would be compromised as president. What evidence do you have?

HOLT: But is there any evidence that it was hacked other than routine fishing —

TRUMP: I think I read that —

TRUMP: — and I heard it and somebody —

TRUMP: — that also gave me that information. I will report back to you.

We don’t hold our breath waiting for Trump to substantiate his claim.