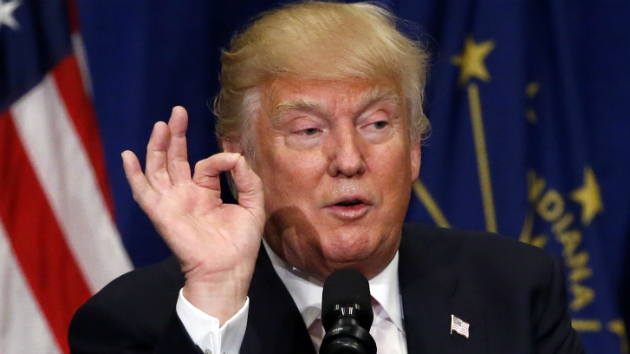 Donald Trump has slammed Washington insiders, lobbyists, and Wall Street as he has tapped populist anger to snag the Republican presidential nomination. Yet when it came time to pick the top money man for his campaign, he turned to a hedge-funder best known for running a bank that made billions off taxpayer bailouts and, by one account, cost the federal government $13 billion.

On Thursday, Trump named Steven Mnuchin, a former Goldman Sachs partner and a hedge-fund boss from Los Angeles, as his national campaign finance chairman. Mnuchin has worked with many of Wall Street’s biggest firms, but he is perhaps best known for his leadership in organizing the takeover of IndyMac’s failed subprime mortgage business in 2009. Mnuchin organized a team of billionaires to buy the California-based bank’s assets from the FDIC after the government insurance fund had taken over the bank. Mnuchin’s group paid roughly $1.55 billion and received a promise from the FDIC to cover a portion of the losses on bad loans within the IndyMac pool. The FDIC’s losses on these assets have since ballooned to an estimated $13 billion.

The FDIC took on most of the risk, but Mnuchin and his partners, who named their new bank OneWest, ended up doing spectacularly well. They parlayed their $1.55 billion investment into a $3.4 billion payday last year, when Mnuchin engineered the sale of OneWest to another California bank, CIT. Along the way, OneWest issued more than $2 billion worth of dividends to shareholders. The tremendous profits the bank made, with taxpayers on the hook for IndyMac’s bad bets, raised eyebrows across the industry.

OneWest’s owners got a great deal when they bought IndyMac’s failed business from the FDIC (with a hefty dose of risk protection, care of US taxpayers), but the bank has not been lenient with homeowners who have found themselves in financial trouble. In fact, OneWest was targeted by regulators, who found the bank was unrepentant in the face of questioning. In one investigation of predatory loan practices, OneWest was the only bank that refused to settle. The bank also was the target of angry homeowners who filed lawsuits around the country that accused the bank of being overly aggressive in foreclosing. In one notable 2009 case that turned into a cause celebre for opponents of predatory loan practices, a Minnesota woman found herself locked out of her mother’s house in the middle of a blizzard after OneWest took the house and changed the locks while still in negotiations to refinance the home.

Mnuchin’s record seems at odds with Trump’s purported populism. When it comes to fundraising, it appears Trump is hardly an unconventional candidate: It’s the money that matters.