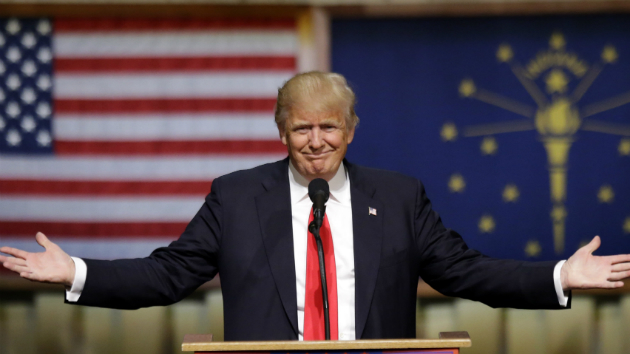 The presumptive GOP nominee Donald Trump sat down with CNN’s Wolf Blitzer on Wednesday to talk about his position on various issues, and when the discussion turned to Russia, the real estate mogul vowed to get tough with President Vladimir Putin. Referring to the Russian leader’s recent provocations, Trump said, “I would call him and say, ‘Don’t do it again.'” But when Blitzer asked Trump whether he had ever met Putin personally, Trump replied with an odd dodge: “I don’t want to say.”

Why not? But whether or not Trump has met with Putin, we know that in 2013, Trump tried to befriend the Russian autocrat and have him attend a Trump event. We know this because Trump tweeted about it.

That year, the Miss Universe pageant, which Trump then co-owned with NBC, was being held in Moscow. (Staging the show in Russia was controversial, given the nation’s recently passed anti-gay laws.) And Trump wanted Putin there. Looking to attract the Russian leader, he issued a ingratiating tweet:

Months later, without an answer, Trump acknowledged that Putin had yet to RSVP, but he insisted Putin was a fan of the pageant: “I know for a fact that he wants very much to come, but we’ll have to see. We haven’t heard yet, but we have invited him.”

Putin never showed. Perhaps he wasn’t eager to become Trump’s new best friend. Trump, though, didn’t take the Putin snub too hard. Last year, he was delighted to share his admiration for Putin.