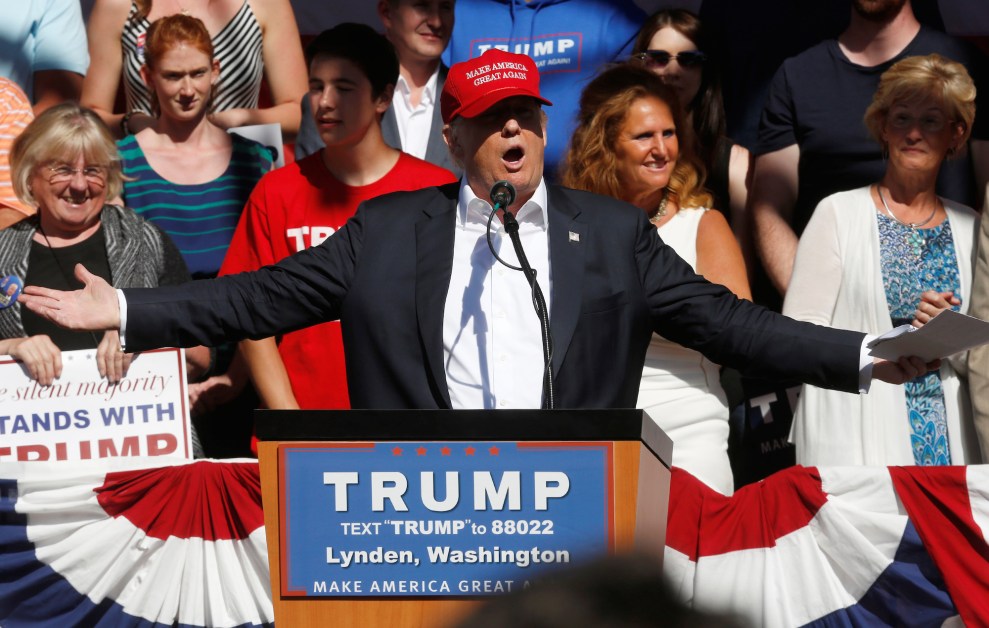 Of all the reasons to endorse Donald Trump for president, betting on one’s own imminent death in case all the most dire predictions of a Trump presidency come true may be the worst. Nevertheless, that appears to be at least part of the so-called reasoning behind 87-year-old oil tycoon T. Boone Pickens’ announcement on Wednesday that he was backing the real estate magnate.

“I’m ready to take a chance on it,” Pickens said at the SALT economic conference in Las Vegas. “And just in case it’s a mistake, [I’ll] be gone.”

The billionaire, who previously supported Trump’s rivals Jeb Bush and Carly Fiorina, declined to offer an alternative for the hundreds of millions, and future generations, of Americans who will outlive him.

At the same conference, Pickens also said that he approved of Trump’s call to bar all Muslims from entering the country, at least temporarily, until “we can vet these people.” His support for the ban came on the same day Trump made his first comments walking back the controversial plan, calling it “just a suggestion.”

“Yes, I’m for Donald Trump,” Pickens said. “I’m tired of having politicians as president of the U.S. Let’s try something different.”