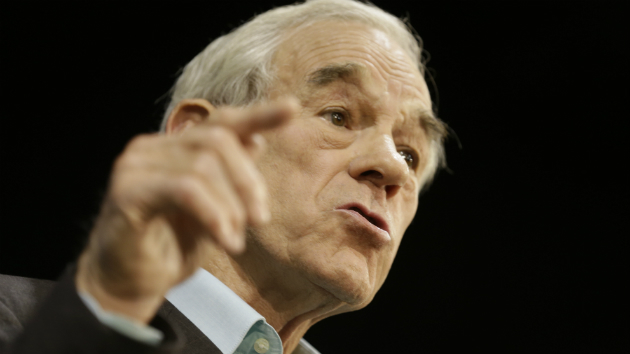 An Iowa jury found three political operatives with deep ties to Ron and Rand Paul guilty on Thursday of a scheme to pay an Iowa state senator for his endorsement of Ron Paul in the 2012 campaign.

All three men were key Ron Paul lieutenants in that campaign, and two, Jesse Benton and John Tate, went on to run a pro-Rand Paul super-PAC during his 2016 candidacy. After the younger Paul dropped out of the race, Benton began working last month with a pro-Donald Trump super-PAC. Along with Benton and Tate, operative Dimitri Kesari was also convicted.

The convictions stem from a plan to woo then-Iowa state Sen. Kent Sorenson away from the campaign of Michele Bachmann, whom Sorenson had already endorsed in late 2011. Sorenson testified during the trial that he was offered $25,000 to change his loyalties but, as emails presented by prosecutors to the jury showed, that plan was scrapped out of concern that a direct payment to Sorenson would show up on public disclosures. Instead, the campaign paid Sorenson roughly $73,000 by way of an audio-visual consultant in Maryland who testified that he never did any work for the campaign. The payments to the contractor were disguised on Federal Election Commission reports to hide the fact that Sorenson was being paid.

Sorenson took a plea deal in the case, admitting his role in the scheme and agreeing to testify against the three men.

It isn’t against federal law to pay a state senator for an endorsement. But it does violate Iowa Senate ethics rules, and prosecutors successfully argued that in trying to cover up the payments, the campaign ran afoul of federal election laws that require campaigns to disclose their expenses accurately.

The indictments against the men, which were filed in August 2015, shortly before the first Republican presidential debate, were among several blows to Rand Paul’s campaign, which attempted to distance itself from Benton and Tate. An earlier attempt by the Department of Justice to convict the three men met with mixed results. Before the trial even began in October, a judge tossed out the charges against Tate. The jury convicted Kesari of one charge and acquitted Benton of another but could not reach a verdict on the remaining charges. The jury that issued its verdict on Thursday, however, convicted all three men relatively quickly, returning a verdict within a few hours of closing arguments.

Tate and Benton ended up taking leaves from the super-PAC, America’s Liberty PAC, during their first trial. Benton—who changed lawyers between trials, after his first team of lawyers said he could no longer afford to pay them—picked up work with the pro-Trump super-PAC in early March. He also billed Marco Rubio’s campaign for $13,600 worth of work on March 25.