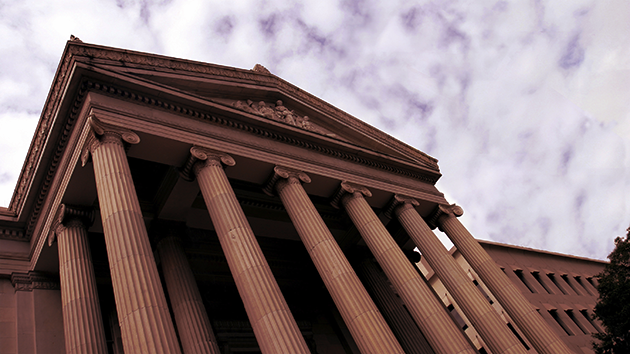 The Southern Poverty Law Center filed a lawsuit against Louisiana’s top elections officials Wednesday, accusing the state of violating the rights of naturalized citizens by requiring proof of citizenship before they can fully register to vote.

The suit, filed in the US District Court for the Middle District of Louisiana along with the Fair Elections Legal Network, asks the court to rule the practice, which was established in an 1874 state law, unconstitutional and issue a preliminary injunction against state and local officials from enforcing the provision while the suit moves forward.

“By enforcing this outdated requirement, Louisiana is saying that naturalized citizens are second-class citizens and cannot be trusted,” SPLC Deputy Legal Director Naomi Tsu said in a statement. “These potential voters have already sworn that they are citizens as part of the registration process. The state is blocking eligible voters from the ballot box and ultimately weakening democracy.”

In order to register to vote in Louisiana, a person must be at least 16 years old (but at least 18 to cast a ballot), not be a felon, not have a suspension of voting rights related to a mental condition, and reside in the state and parish in which he or she is trying to vote. State registration forms require new registrants to attest to the fact that they’re citizens. This can be done in person or online. Naturalized citizens—immigrants who have completed all the legal requirements and are considered full citizens—theoretically should not be treated any differently under the law from anyone else.

But according to the lawsuit, foreign-born citizens who register to vote are contacted within a short period of time and told they need to provide additional documentation to prove they’re actual citizens, a requirement that does not appear on most state or online registration forms. According to VAYLA New Orleans, a community support group that helps people register to vote, many naturalized citizens don’t have a passport, certificate of naturalization of the parent, certificate of citizenship, or certificate of repatriation, and without those documents could be barred from voting.

Meg Casper, a spokeswoman for Louisiana Secretary of State Tom Schedler, declined to comment on the lawsuit.

The plaintiffs in the case are three naturalized citizens who had problems registering to vote. One plaintiff was unable to vote at all in both the 2015 gubernatorial election and the 2016 presidential primary. If the suit is successful, state and local elections officials would be stopped from enforcing the rule, and it might be struck down permanently. The SPLC’s statement on the case notes that there are 72,250 naturalized citizens in Louisiana.

“Such laws targeting foreign-born, naturalized voters were once more common, but Louisiana’s law is the only one of its kind still enforced in the United States,” the suit states. “Similar laws were long ago struck down as discriminatory.”