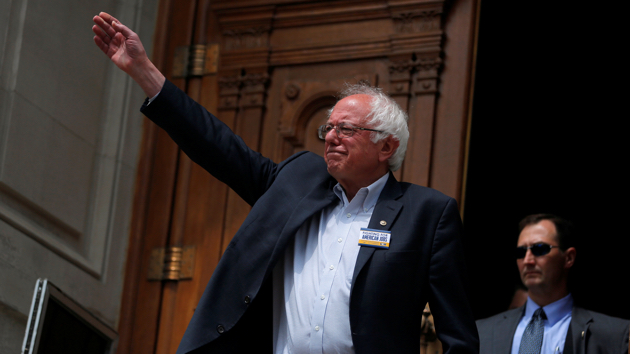 Bernie Sanders outperformed polls and defeated Hillary Clinton in the Indiana Democratic presidential primary on Tuesday. But although his win halts her momentum, it will do little to alter the delegate math or impede Clinton’s likely path to the nomination.

Headed into Tuesday, Clinton had won 1,663 pledged delegates to Sanders’ 1,367, according to the New York Times. Clinton’s lead balloons to 855 when superdelegates are added to the equation.

Just nine states remain in the Democratic contest. Because the party, unlike the Republican Party, rewards delegates proportionally in each state, Sanders would have to defeat Clinton by overwhelming margins in order to close the pledged delegate gap. With Donald Trump also further cementing his lead in the Republican race, it seems probable that Clinton will continue to shift her attention to running a campaign against her likely general election opponent rather than her primary campaign foe.

But Tuesday’s win means Sanders is likely to keep trekking on, at least until California votes on June 7. His campaign has outpaced Clinton in donations in recent months, so he has the funds to keep things going until the end of the process. The longer he sticks around, the more leverage he might gain for extracting concessions from Clinton to include his pet policies in the party platform at this summer’s Democratic convention. But even after a win on Tuesday, his chances of catching up to her in the delegate count are slim.