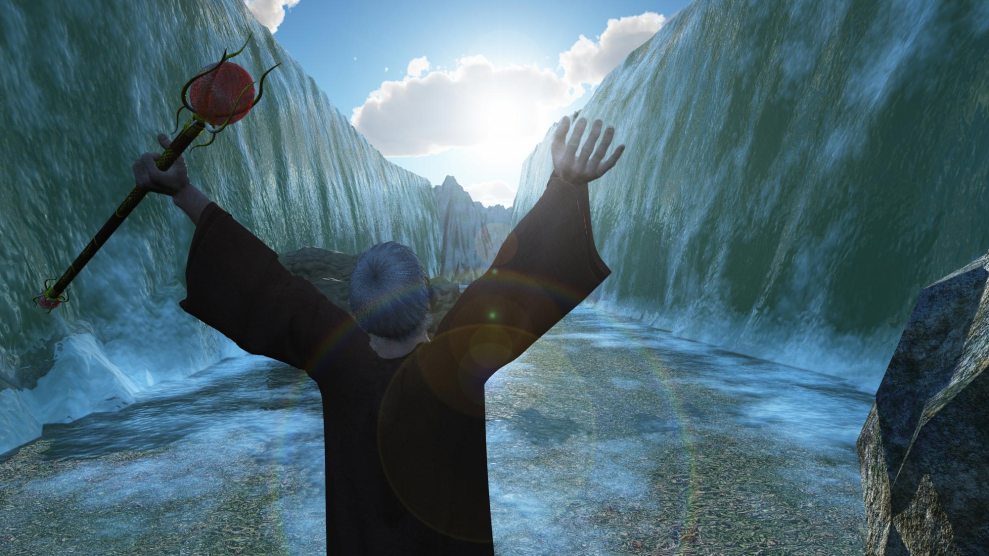 Last week, Time reported that Frank Amedia, a televangelist, had recently organized a meeting between Donald Trump and Hispanic evangelicals. The magazine noted that Amedia was the Trump campaign’s new “liaison on Christian policy.” What the story did not mention was that Amedia is a faith-healing pastor and self-described “apostle” and “prophet” who claims to have healed cancer with the power of prayer, calls AIDS the result of “unnatural sex,” and says he once stopped a tsunami by appealing to Jesus.

Amedia is a former Jew who says he found God through an encounter with Jesus in 1980. He runs the Ohio-based Touch Heaven Ministries, an international ministry with affiliated churches in Africa and Asia, and he is a frequent presence on Christian TV networks. He appears daily on the evangelical Daystar network and occasionally on the Trinity Broadcasting Network and the North American version of Isaac TV, a Pakistan-based evangelical network that airs Christian broadcasting across several Asian countries.

Since becoming the Republican Party’s presumptive nominee for president, Trump has worked to shore up support among social conservatives and evangelicals who are likely to be skeptical of the twice-divorced real estate mogul who once held pro-choice views. Amedia’s new role fits with the Trump campaign’s efforts to reach out to the Christian right. But the pastor’s past isn’t without blemishes: District court dockets and media reports show that in 2001, Amedia admitted in court to having participated in an effort to bribe an Ohio prosecutor to drop a case against a car-dealer friend who had been charged in an odometer rollback scheme. The bribery plan failed, and the car dealer was convicted. Amedia received immunity for his testimony against the dealer.

Amedia and the Trump campaign did not respond to requests for comment.

Amedia claims to be an apostle—a messenger of the word of Jesus on Earth—and in a 2012 interview on the Trinity Broadcasting Network, he claimed to have stopped the 2011 tsunami in Japan from hitting the coast of a Hawaiian island that his daughter happened to be visiting. “I stood at the edge of my bed and I said, ‘In the name of Jesus, I declare that tsunami to stop now,'” he recalled. “It was seen by 400 people on a cliff. It was on YouTube. It was actually on the news that that tsunami stopped 200 feet off of shore.” Here’s the clip of Amedia’s claim, first found by Right Wing Watch:

In an undated Isaac TV broadcast, Amedia engages in faith healing, trying to assist people with jaw problems, bleeding teeth and gums, ringing in their ears, tongue cancer, and parched lips. None of those healed are seen on screen. In the same broadcast, Amedia says AIDS is caused by “unnatural sex.” He adds, “We understand that many of the diseases that we receive is because of exposure that we have to things that we should not be exposed to, lifestyles that are unhealthy.”

In 2010, Amedia traveled to Haiti, where his ministry was providing aid and food to earthquake survivors. Amedia was interviewed at the time for an Associated Press story about recent clashes between missionaries like himself and Haitian practitioners of voodoo. Amedia told the AP that he would consider cutting off food aid to Haitians if they did not give up voodoo, because “we wouldn’t want to perpetuate that practice. We equate it with witchcraft, which is contrary to the Gospel.”