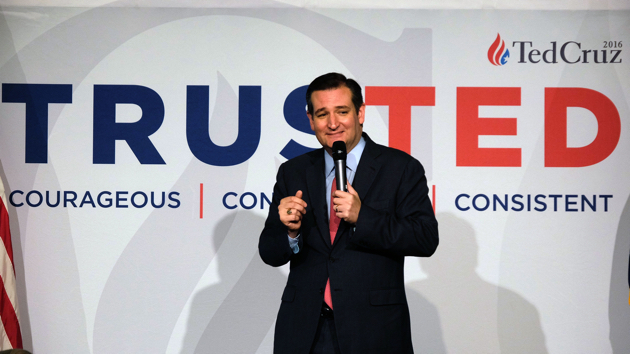 Ted Cruz pulled out a decisive win in Wisconsin Tuesday night, claiming statewide victory and bolstering his chances of overtaking Donald Trump at the Republican National Convention in July.

The exact delegate gain for Cruz won’t be known until a winner is declared in each congressional district. Cruz is still far behind Trump and unlikely to catch up in time to claim a majority of first-round balloting votes at the convention. But his hope is to force a contested convention and defeat Trump in a later round, when delegates are free to vote for the candidate of their choosing. That plan will require Cruz to prevent Trump from gaining a majority of delegates and to come close enough to Trump to claim legitimacy at the convention. It got a big boost Tuesday when the major networks called the Wisconsin primary for Cruz shortly after the polls closed.

Wisconsin awards some of its delegates to the Republican winner statewide, but the majority are allocated by congressional district, leaving the final outcome unknown for now. But the early numbers indicate that Cruz far outperformed Trump, with Ohio Gov. John Kasich barely competing in the state.

Cruz can thank the Wisconsin GOP establishment for his win. As Mother Jones reported last week, the influential talk radio hosts in the Milwaukee suburbs did all they could to derail Trump and settled on Cruz as their preferred challenger. Trump has had great success bashing the party “establishment,” but that line of attack hasn’t worked as well in Wisconsin, where the base and the establishment have forged a close bond over the past five years defending Gov. Scott Walker from liberal critics and a recall effort. Last week, Walker endorsed Cruz.

The loss couldn’t have come at a worse time for Trump. His once-bulletproof campaign has started to look vulnerable over the past two weeks. Corey Lewandowski, his campaign manager, was charged with battery for grabbing a reporter. Trump started and then needlessly escalated a debate about Cruz’s wife that reflected poorly on Trump. Polls have shown him faring poorly in a hypothetical general election matchup, and the betting markets have soured on his chances of securing the Republican nomination. In response to the growing violence and protests around his campaign, he’s dialed down the scale of his events, hosting rallies in smaller spaces so his security staff can more easily screen would-be dissenters.

But he remains the only candidate with a clear shot at an outright delegate majority, especially as the next primaries turn east to territory far more favorable to the real estate mogul. Cruz seems resigned to aiming for a contested convention by denying Trump that majority. Tuesday’s results bring him one step closer to his goal.