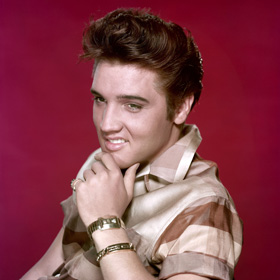 Massive, intriguing, and riddled with contradictions, this 60-disc extravaganza collects every album Elvis Presley released during his lifetime, offering the ultimate chronicle of The King’s wildly fluctuating artistic fortunes over the course of 22 years. Among the contents: the great early works, 17 soundtracks, ranging from rousing (King Creole) to dreadful (Clambake), way too many live albums, especially as Elvis lost interest in the studio during the second half of his career, and a clutch of absolutely essential greatest hits collections. Accompanied by a 300-page hardcover book full of cool pictures and session info, The Album Collection features two agreeably silly Christmas albums, the gospel gem His Hand in Mine, Presley’s late-’60s return to greatness on his TV special and subsequent classic Memphis sessions, and his slow physical and musical decline in the ’70s, concluding with the weary Moody Blue. While three discs of odds and ends try to gather up the relevant leftovers, there’s no single disc devoted to the landmark Sun rockabilly recordings that put him on the map in the first place; those are scattered across some of the ’50s albums in slapdash fashion. That caveat aside, this behemoth of a set is hard to resist.