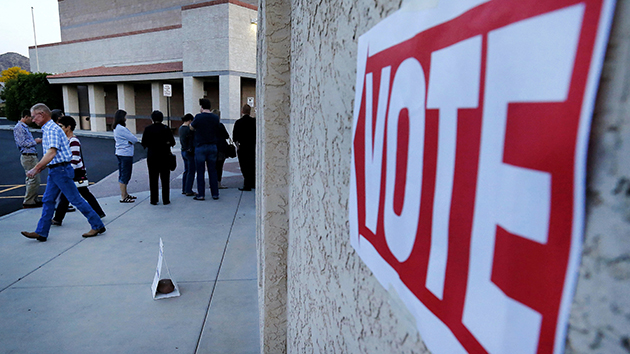 Many voters waited for hours to cast ballots in the March 22 Arizona elections.Matt York/AP

The Department of Justice is looking into the election-day chaos that transpired in Arizona’s most populous county when the state held its primaries on March 22. Thousands of voters waited hours to cast ballots, and some voters complained that their registration information had changed and essentially blocked them from voting.

“We have received reports that a number of Maricopa County voters waited several hours to cast a ballot on election day,” Herren wrote. “We also understand that there were allegations of disproportionate burden in waiting times to vote on election day in some areas with substantial racial or language minority populations.” To that end, Herren asked the county for several pieces of information:

Karen Osborne, the county’s elections director, told the Arizona Republic that the DOJ’s letter is simply a “request for information,” and that “throughout the years we’ve had requests like this.” Osborne said the county will answer all the questions and make them public.

Dena Iverson, a spokeswoman for the DOJ, declined to answer questions about whether this represents the beginning of a formal investigation. Phoenix Mayor Greg Stanton, a Democrat, asked the DOJ to get involved the day after the election.

The DOJ has asked the county to answer the questions by April 22. Read the full letter below: