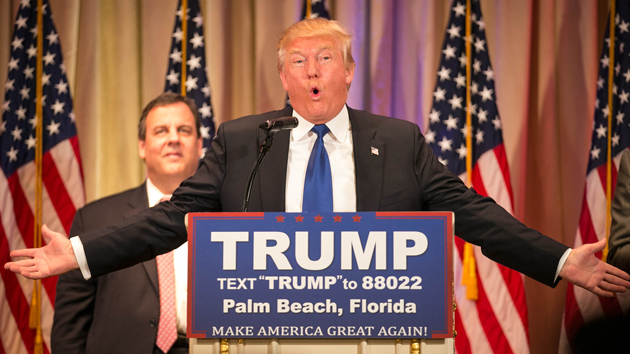 Mitt Romney, who has recently come out swinging against Donald Trump, is scheduled to give a big speech in Michigan this morning in which he will condemn the real estate mogul and aim to halt the momentum of his campaign. Trump, predictably, has been having a field day with this news.

Why did Mitt Romney BEG me for my endorsement four years ago?

Looks like two-time failed candidate Mitt Romney is going to be telling Republicans how to get elected. Not a good messenger!

Failed candidate Mitt Romney,who ran one of the worst races in presidential history,is working with the establishment to bury a big “R” win!

The response to Romney’s upcoming speech on Twitter displays the depth of the Republican freak-out over Trump’s march to the nomination.

Sending Mitt Romney out to attack Trump seems to signal that the GOP has no grasp of the situation whatsoever.

Except THERE IS NO GOP! The control room is empty. No one “sent” Mitt. EVERYONE is freelancing. Hence: Trump! https://t.co/TOXOSem1lq

The guy wrote off 47 percent of the country is now attacking the guy who is broadening the reach of the party.

Unless Romney is going to jump in the race to keep states like California out of Trump’s column, all he is doing today is helping Trump.

They’re bringing Mitt Romney to attack Trump. The GOP is eating itself alive. The vast majority of voters dont like the GOP. They like Trump