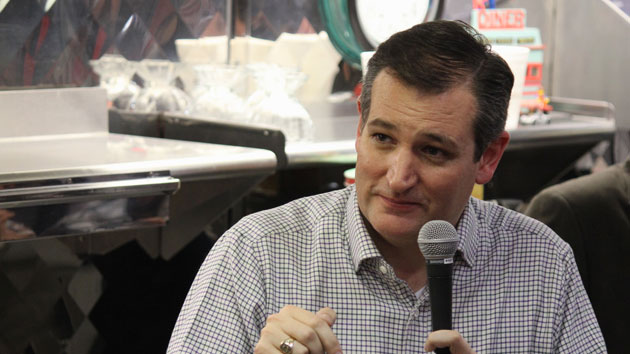 Ted Cruz isn’t waiting until next week for the demise of Florida Sen. Marco Rubio’s presidential campaign. The morning after finishing second to GOP presidential front-runner Donald Trump in three states (Mississippi, Michigan, and Hawaii) and winning a fourth (Idaho), Cruz kicked off the next stretch of the campaign with a rally in Rubio’s backyard—Miami—and he did not come in peace.

As many political observers have noted, the Texas senator’s pivot toward the Sunshine State is apparently motivated by one impulse: to finish off Rubio. Florida is a winner-take-all state, and Cruz is not seen as a strong bet to beat Trump there. Under conventional calculations, there would not be much reason for Cruz to spend time and resources in the state. But Cruz apparently has another goal in mind: to take away votes from Rubio and crush the Florida senator’s last-ditch hopes to win his home state and remain a player in the presidential race.

At the rally, Cruz let his opening act handle most of the knife-work. “Floridians are abandoning Marco Rubio,” declared Miami-Dade GOP vice chair Manny Roman, a Cuban American who was censured by his local party committee last year for breaking ranks and endorsing Cruz. He rattled off the results of Tuesday’s elections and said, “I’m calling on Marco Rubio, especially after last night, to suspend his campaign and endorse Ted Cruz.” The crowd roared with delight.

Then it was Cruz’s turn. He boasted of his victory in Idaho, and he told the gathering—which included Rubio’s base voters (conservative, Hispanic Miami-Dade County Republicans)—that the man whom they had elected senator six years ago was toast. “There are only two candidates this race that have any plausible path of getting to 1,237 [delegates],” Cruz proclaimed. It was a “clear two-man race,” he noted, making his now-familiar case that it’s time for the party to unify between the one candidate left who can beat Trump. That is, himself: “It’s easy to talk about the party coming together, but talk without action, words without action, are empty.”

Cruz announced the presence of a special guest: a former Republican presidential candidate with business experience and a long record of talking about foreign policy. No, it wasn’t Mitt Romney, but onetime Hewlett-Packard CEO Carly Fiorina. Before dropping out of the race, Fiorina once observed that Cruz was someone who “says whatever he needs to say to get elected.” But that has since been forgotten. She was greeted warmly by the Cruz supporters. Talking about last week’s Virginia primary, Fiorina said, “I saw my own name on the ballot—it was kind of a thrill. But then I checked the box for Ted Cruz.”

Miami-Dade Republicans were likely not waiting for Fiorina to endorse a candidate before deciding how to vote. But with Rubio desperately seeking a miracle win in Florida, Cruz, who lags in third in the polls here, seems determined to make certain Rubio loses—even if that means Trump bags all the state’s delegates.

To use a historical analogy, Rubio is Mufasa, desperately clinging to the edge of a cliff to escape the unexpected stampede of wildebeests. And Cruz flew all the way down to Florida…to push him off.