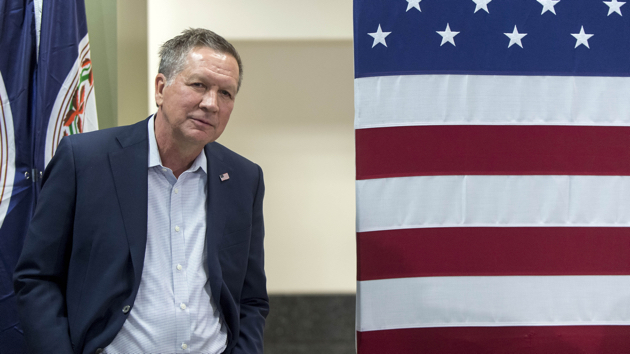 Ohio Gov. John Kasich doesn’t have much hope of racking up enough delegates to be elected the Republican presidential nominee by the party’s convention in Cleveland this summer. So far he’s only secured 25 delegates, per the New York Times, far behind Marco Rubio and Ted Cruz, let alone front-runner Donald Trump.

But during an appearance at the Conservative Political Action Conference outside Washington, DC, on Friday afternoon, Kasich remained optimistic that he could become his party’s nominee—by winning a contested convention. “I don’t think anyone’s going to get that,” Kasich said when Fox News’ Sean Hannity asked him about the prospects for any candidate to gain enough delegates to win the nomination on a first-ballot vote. “Could you think of anything cooler than a [contested] convention?” Kasich said, adding that it would make for a fun civics lesson for viewers at home.

Before he sat down with Hannity, Kasich roamed the CPAC stage solo, speaking to the crowd. He kicked off his speech with remembrances of how, as a young man in 1976, he had worked to force a contested convention in order to put Ronald Reagan forward as the Republican nominee over incumbent President Gerald Ford. (Ford won the nomination but lost the presidency.) “The fact is, we got him on the ballot, and I was at the convention with Gov. Reagan, and I had at a very young age found myself in charge of five states for Gov. Reagan,” Kasich said.