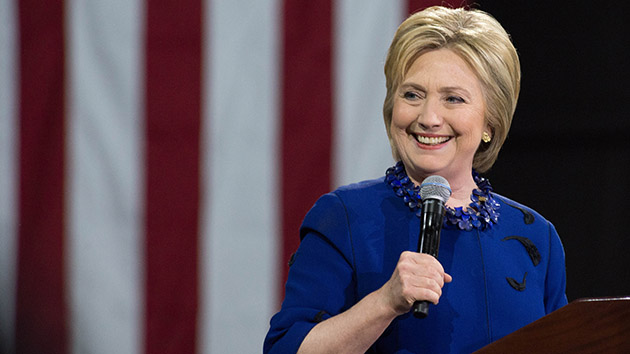 Hillary Clinton has struggled mightily to convince young Democrats to support her in her bid to defeat Bernie Sanders for the Democratic presidential nomination. The socialist senator from Vermont has dominated the under-30 crowd across the country so far in primaries and caucuses. When Sanders won the Michigan primary on Tuesday in a major upset, he carried the 18- to 29-year-old age bracket by an 81-18 percent margin. Even when Clinton wins a state handily, she struggles with young voters; Clinton won Virginia by 29 percentage points on March 1, but she lost young voters by 38 points.

But those lousy numbers likely won’t carry over to the general election if she faces off against Donald Trump. A new poll from USA Today/Rock the Vote shows Clinton crushing Trump by a margin of 52-19 percent among voters under the age of 35. Almost a quarter of young Republicans would vote for Clinton, according to the poll. Young voters across demographic lines prefer Clinton to Trump, with African Americans favoring Clinton 67-5 percent.

Still, the new numbers aren’t encouraging for Clinton in her matchup with Sanders. Overall among millennials, Sanders is ahead of Clinton 54-37 percent. Despite the conventional wisdom that Sanders performs better among men, the poll shows the two candidates mostly even among young men—48-44 percent in favor of Sanders—with Sanders gaining most of his edge from young women, who back him by a 61-30 percent margin.