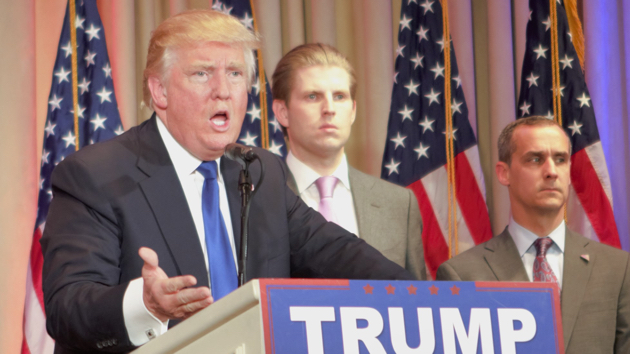 Donald Trump, the front-runner for the Republican presidential nomination, canceled his scheduled appearance at one of the largest annual gatherings of conservatives on Friday. Trump was scheduled to speak early Saturday morning at the Conservative Political Action Conference, hosted this year at a hotel conference center outside Washington, DC, but CPAC announced on Twitter that he’d bailed:

Very disappointed @realDonaldTrump has decided at the last minute to drop out of #CPAC — his choice sends a clear message to conservatives.

CPAC wasn’t exactly prime Trump territory—but nor was it entirely hostile. There was a lonely protester lamenting that Trump would rip apart the party on Thursday. But most CPAC attendees said they weren’t all that concerned by his reluctance to distance himself from a white supremacist, and that they’d still support him in the general election even if their preferred nominee at the moment might be Ted Cruz or Marco Rubio. Over the course of the first day of the conference, the schism in the Republican Party was largely left unmentioned, with speakers shying away from mentioning Trump by name.

But at a watch party for Thursday night’s GOP debate, the crowd tilted heavily toward Cruz and Rubio, jeering each time Rubio attacked Trump. Perhaps Trump’s fans relayed the message and warned him against speaking to a potentially hostile crowd on Saturday.

Update: Trump issued a press release on Friday announcing a rally in Wichita, Kansas and citing it as his reason for withdrawing from CPAC:

The Donald J. Trump for President Campaign has just announced it will be in Wichita, Kansas for a major rally on Saturday, prior to the Caucus. Mr. Trump will also be speaking at the Kansas Caucus and then departing for Orlando, Florida to speak to a crowd of approximately 20,000 people or more. Because of this, he will not be able to speak at CPAC, as he has done for many consecutive years. Mr. Trump would like to thank Matt Schlapp and all of the executives at CPAC and looks forward to returning to next year, hopefully as President of the United States.