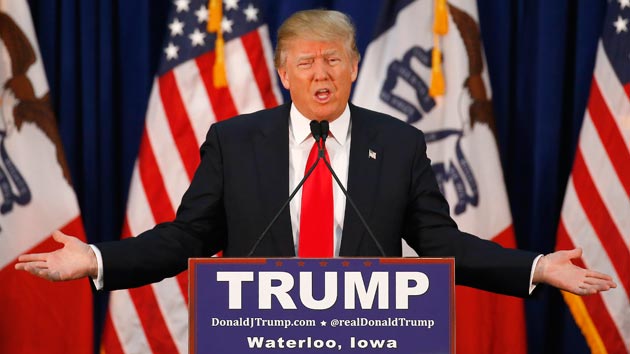 A Donald Trump field organizer who was fired in January has filed a sex discrimination complaint against Trump’s campaign.

The New York Times reported on Sunday that Elizabeth Mae Davidson, a 26-year-old field organizer for the Trump campaign in Davenport, Iowa, filed  the complaint last Thursday with the Davenport Civil Rights Commission alleging that men who were doing the same work earned more money, were given more responsibility, and were treated more leniently in the campaign.

Davidson recruited organizers for most of her region’s 63 precincts and also opened the Trump campaign’s second field office in Iowa. She was fired on January 14, the day after she was quoted in a different New York Times article about problems with the campaign in Iowa. The quotes attributed to her were about the process of recruiting volunteers and said nothing disparaging about the campaign. Davidson told the Times in an interview for Sunday’s story that she was paid $2,000 a month, while several men with her same title—district representative—were paid between $3,500 and $4,000 per month.

In her complaint, Davidson alleges that male district representatives have been quoted in the media without getting fired, and that her male peers were given the opportunity to organize and speak at rallies while her requests to do this work were ignored. Her complaint also alleges that when she and another female volunteer met Trump at a rally last summer, the presidential hopeful said, in reference to their appearance, “You guys could do a lot of damage.”

In an interview with the Times, Trump denied making this comment and did not address the other allegations. He also explained that his staff had told him that Davidson “did a terrible job,” and he criticized the paper for publishing this story the day before the Iowa caucuses. “A story like this,” he said, “could damage my chances.”