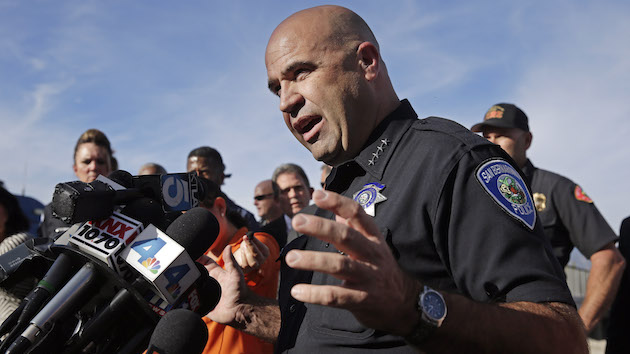 The police chief of San Bernardino, California, said Friday that the iPhone at the heart of a massive civil liberties and security debate may not actually contain any critical information, despite the FBI’s insistence that the phone may unlock the secrets of how the San Bernarndino shooters carried out their attack.

“I’ll be honest with you: I think that there is a reasonably good chance that there is nothing of any value on the phone,” Chief Jarrod Burguan said in an interview with NPR. The phone in question is an iPhone 5c used by Syed Farook, one of the two shooters who killed 14 people in a terrorist attack in the Southern California town last December.

A federal judge in Los Angeles ordered Apple last week to write new software that would help the FBI unlock the phone because the Bureau believes it may contain data critical to understanding how Farook and his wife, Tashfeen Malik, planned the attack and with whom they communicated. The FBI was able to retrieve data from the phone that was backed up using Apple’s iCloud service, but Farook stopped using iCloud on October 19, six weeks before the attack itself. But Apple is seeking to throw out the order, arguing in a court filing on Thursday that complying would give the government “a dangerous power that Congress and the American people have withheld: the ability to force companies like Apple to undermine the basic security and privacy interests of hundreds of millions of individuals around the globe.”

While Burguan’s opinion will give those opposed to the court order some ammunition, BuzzFeed tech reporter Hamza Shaban pointed out that the FBI’s opinion is really what counts in this case:

That the San Bernardino Police Chief doubts there is useful info in the iPhone DOES NOT matter. The FBI suspects that there is. #AppleVsFBI