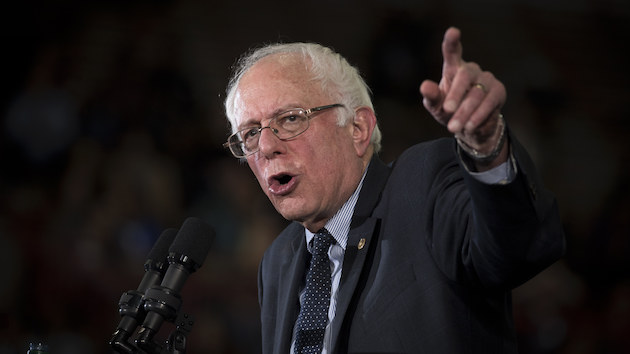 The Price Is Right is one of the most overtly capitalist shows on TV, a prolonged infomercial that rewards contestants for their knowledge of the prices of various brand-name consumer goods. But Marco Antonio Regil, the former longtime host of the show’s Mexican counterpart, Atínale Al Precio, is doing all he can to support Bernie Sanders, a socialist who rails against capitalist greed at every opportunity.

On Wednesday, Regil stopped by a small Sanders phone-banking operation to reach Spanish-speaking voters in Las Vegas. The phone bank was as much a photo op for the media as it was a full-scale get-out-the-vote drive. Volunteers barely outnumbered reporters—hailing from the New York Times, NPR, CNN, and others—who piled into the house of Jackie Ramos, an enthusiastic Sanders supporter. While volunteers worked through their call sheets, state communications director Emilia Pablo teased them before Regil’s arrival. “I know the ladies are waiting for him,” she said of the handsome TV star, who has also hosted Spanish-language versions of Family Feud and Dancing With the Stars and the Miss Mexico pageant .

When Regil arrived, he huddled for photos with the fangirl volunteers and then offered a brief speech detailing why Sanders was his candidate of choice. He described his childhood in Tijuana, when he revered the middle class in the United States that he saw lacking in Latin America. “The class divides in Latin America were one of the saddest things I grew up experiencing,” he said. But that’s slipping away, he said, hence the need for Sanders. “I know what happens when income inequality and the classes start dividing, and the gap becomes so big: Poor people start struggling, they cannot survive, and they start getting violent. They start mugging other people.”

But he was quick to caution that the socialism that Sanders offers isn’t the same as the Latin America version put forward by politicians like Hugo Chavez or Fidel Castro. “He calls it democratic socialism,” he said. “I don’t like using that word; I prefer using conscious capitalism.”

“And I want Elizabeth Warren to be vice president,” he shouted to the reporters who followed him out.

On Saturday, Nevadans will pick their candidate for the Democratic presidential nomination in the state’s caucuses. In the surprisingly tight race, the Latino vote will be critical. Latinos make up 27.8 percent of the state’s population, despite the Hillary Clinton campaign’s attempts to downplay expectations for the state by describing it as dominated by white voters, who have tended to support Sanders.

With the caucuses just days away, the phone bank was still focused on simply identifying potential Sanders supporters, rather than the typical late-game campaign strategy of reminding known voters that they need to turn up at the polls. But the Sanders campaign got off to a late start in Nevada before fully ramping up to match Clinton’s level of staffing. State director Joan Kato didn’t come to town until November.

Despite that late start, Sanders and Clinton are in a toss-up ahead of the Nevada caucuses on Saturday, with a CNN poll released Wednesday morning showing Clinton ahead by a statistically insignificant margin, holding a 48-47 percent lead.

After revving up the crowd, Regil took an awkward turn manning the phones. The TV host searched the calls sheets to find female voters, joking that he knew his crowd. Most people he called didn’t pick up. (He realized halfway through that dialing from an out-of-state number wasn’t going to result in a lot of people answering the phone.) “Nobody’s home, everybody’s partying in Vegas,” he joked. When he finally got someone to pick up, he forgot to check whether she was a Sanders supporter.

The two campaigns’ surrogates stumping in Las Vegas on Wednesday exemplified the broader divide between the two efforts. While Regil made phone calls for Sanders, the Clinton campaign brought labor icon Dolores Huerta and former Secretary of Housing and Urban Development Henry Cisneros to rally supporters at the campaign’s field office in East Las Vegas. While Sanders might have the razzle-dazzle of a TV star turned politics newbie, Clinton’s got long-standing political bigwigs making the case for her campaign.