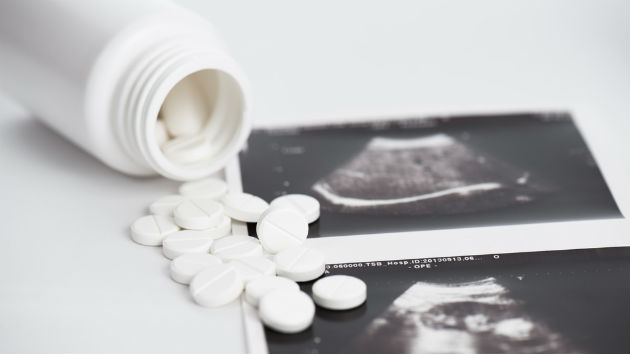 The Oklahoma Supreme Court on Tuesday upheld restrictions on the abortion pill, but the justices also noted that “by the state’s own evidentiary materials, more restrictions on abortions result in higher complication rates and in decreased women’s safety.”

Since the Food and Drug Administration gave its approval to mifepristone—a.k.a. the abortion pill—in 2000, more than 2 million women have ended their pregnancies using medication alone. The law in question, which went into effect in 2014, requires physicians to abide by a decade-old FDA protocol when administering abortion medication. That protocol includes high dosages of abortion drugs (mifepristone is one of two drugs used) and three visits to the doctor’s office—requirements that medical experts describe as unnecessary, as well as less effective and more expensive than the off-label use of these drugs. The FDA protocol also makes the medication harder to tolerate—failure rates more than double compared with those from off-label use, and almost every woman experiences at least one severe side effect like nausea, vomiting, or cramps.

That’s why, when prescribing abortion medication, over 80 percent of physicians follow an off-label method, developed by medical organizations such as the American College of Obstetricians and Gynecologists and supported by the World Health Organization. That regimen has fewer side effects and a lower failure rate than the FDA method. And it can be used later in pregnancy: Physicians typically prescribe abortion drugs until the ninth week of pregnancy, while the FDA regimen can only be used until the seventh week.

The court on Tuesday ultimately upheld the law and ruled that it doesn’t violate the constitution, even though it’s bad public health. And one justice, Douglas Combs, wrote an opinion in which he concurred with the court but questioned the law.

“Once again, those who do not practice medicine have determined to insert themselves between physicians and their patients, with the insistence they know what is best when it comes to the standard of care,” wrote Combs. “The medical community should take heed: now that the Legislature has declared itself willing to dictate medical protocol and practice within this limited context, what areas of the practice of medicine are next?”