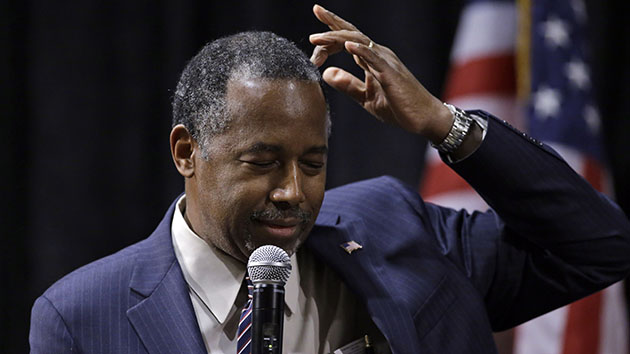 Armstrong Williams, the Ben Carson confidant whom a former staffer once described as the presidential candidate’s “No. 1 challenge,” told the Washington Post this weekend that Carson faces a “tough decision” after finishing dead last in the South Carolina primary.

“The voters have spoken pretty clearly in the first three states, and sooner rather than later, [Carson is] going to have to think hard about whether he should keep doing this,” Williams told the Washington Post. “He has a tough decision to make.” Carson finished with just 7.2 percent of the vote in South Carolina on Saturday but has vowed to continue his campaign.

Williams, a conservative talk show host who owns several TV stations and a PR firm, has a close relationship with Carson that predates the retired neurosurgeon’s run for president. He even reportedly has his own room at Carson’s house, and Carson told the Hill last year that Williams came as part of the Carson “package deal.”

Although he did not have an official title, former Carson staffers told Mother Jones that Williams was constantly interfering in the campaign—and not always to Carson’s benefit. Without consulting any of Carson’s campaign advisers, Williams arranged a series of interviews that ended up inflicting serious damage to Carson’s run, including a December sit-down in which Carson told two Washington Post reporters that he planned to fire some of his top people. Several key staffers quit soon after the interview and most pointed to Williams’ meddling as the reason.

Williams’ past in politics is checkered, to say the least. In 2005, the Government Accountability Office found he had used “covert propaganda” to advance President George W. Bush’s education initiative No Child Left Behind. Williams never faced charges and ultimately agreed to a $34,000 settlement with the government.

Despite his friend’s remarks and a disappointing turn in South Carolina, Carson was stumping determinedly in Nevada on Monday in the lead-up to the state’s Tuesday caucuses.