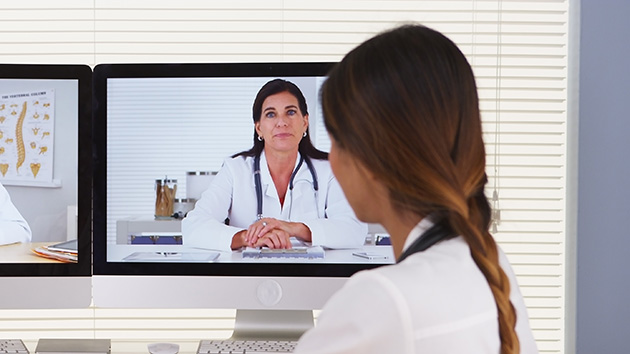 A Maine reproductive health organization announced on Monday that it will immediately begin formally offering abortion services through a videoconferencing system. The move makes Maine one of just three states where physicians routinely provide abortion drugs remotely. Abortion rights advocates have long pushed for the practice, excited by its potential to vastly improve access to reproductive health care for women in remote corners of the country.

Before today, the provider, Maine Family Planning, mostly offered abortions in its Augusta clinic. “Maine is a very rural state. Some of our patients were traveling three or four hours,” says Leah Coplon, director of abortion services at MFP. Now she and her colleagues will offer medication-based abortions at 17 of their facilities across the state, which could dramatically cut travel times and expenses for patients. “Women without resources should still have access to basic health care,” Coplon says.

Twenty-three percent of women getting abortions do so with medication. After a physician prescribes two separate drugs, mifepristone and misoprostol, they take the first at the doctor’s office and go home to finish the regimen. The method, which can be used during the first nine weeks of pregnancy, is safe, relatively cheap, and noninvasive.

But medication abortion is often out of reach for the millions of women who live in the large swaths of the country with no abortion provider and who can’t take time off work, find child care, or travel—sometimes hundreds of miles—to reach a clinic. That’s where telemedicine comes in: Using a phone and a videoconferencing system, a physician trained in abortions at one clinic can safely prescribe drugs to a woman at another clinic, under the care of a nurse or a non-OB-GYN doctor, across the state. In Iowa, where telemedicine abortion has been around for just less than 10 years, after videoconferencing with the patient, physicians can even remotely unlock a cabinet holding the medication at the patient’s location.

“From a public-health perspective, [telemedicine] does improve access to early abortion [and] decreases later abortion,” Dan Grossman, a doctor and researcher who has studied telemedicine, told The Atlantic. “And that would result in improved health outcomes.”

Still, until today, Iowa and Minnesota were the only states with clinics offering telemedicine abortion. Whole Woman’s Health, the Texas abortion organization that’s a defendant in the Supreme Court case being heard this week, briefly offered telemedicine services in 2008, but the state Legislature quickly banned the practice. Eighteen states, including Texas, have banned telemedicine abortion by requiring that the prescribing physician be in the same room as the woman seeking services.

In many other states, providers have opted out of expanding telemedicine because of anti-abortion political pressure, or because the rollout is too expensive: clinics without prescribing physicians present still need staff with extensive training and ultrasound equipment to verify the presence of a pregnancy before proceeding.

Cost concerns previously kept MFP, a nonprofit, from implementing telemedicine. But after receiving a number of privately funded grants (in Maine, abortions can’t be funded with any state or federal dollars), the organization spent more than a year readying the launch, including conducting a small beta program. Until today, only three of 16 Maine counties had an abortion clinic. With MFP’s telemedicine practice now in place, the number of clinics offering abortion in the state has risen from three to 20.

“We’ve had great success in the sense that women have been so appreciative that we’re expanding,” says Coplon. “I hope that more and more providers recognize this as something they can incorporate.”