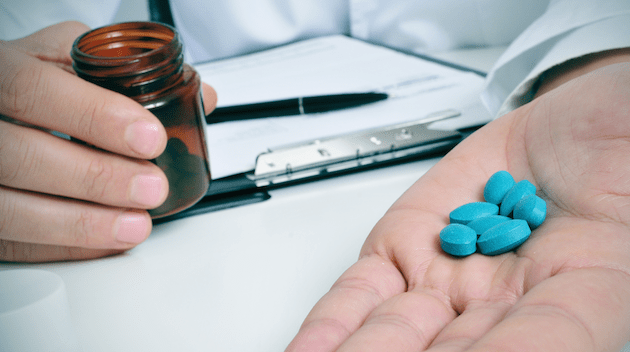 Hoping to flip the script on a series of anti-abortion laws in her home state, a Kentucky lawmaker is proposing a bill that would mandate that men who were seeking Viagra must receive their spouses’ permission before getting the drug.

The proposal would require men to have two doctors visits and a signed note from their spouse before they can score a prescription of the blue pill.

Marzian’s bill is in response to several anti-abortion laws recently enacted in Kentucky, including a measure that requires women to have a medical consultation 24 hours before getting an abortion. It was the very first piece of legislation Gov. Matt Bevin signed into law in February as a newly elected governor. Another measure, which is likely to pass soon, will force women seeking abortions to undergo an ultrasound and listen to a doctor’s description of the image. According to the Courier-Journal, the bill would not make women look at the image.

Marzian’s bill hopes to highlight the intrusiveness of such laws. It also comes in the tradition of similarly tongue-and-cheek proposals that were inspired by Republican laws that intended to curtail reproductive rights. In 2012, one Illinois lawmaker introduced a bill to mandate that men seeking Viagra watch a video detailing some of the possible side effects of the drug, like priapism, the prolonged erection of a penis.

“As a woman and a pro-choice woman and as an elected official, I am sick and tired of men—mostly white men—legislating personal, private medical decision,” Marzian told CNN. “It’s none of their business.”