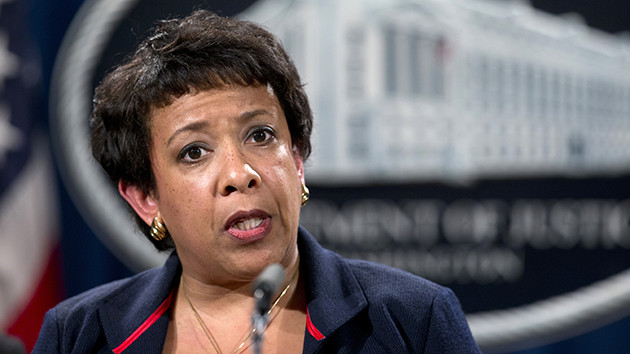 Attorney General Loretta Lynch at a press conference about the lawsuit against Ferguson on February 10, 2016Carolyn Kaster/AP

The US Justice Department has sued the city of Ferguson, Missouri, following months of “painstaking negotiations” with local officials and more than a year of investigating their alleged discriminatory and unconstitutional practices.

The Justice Department launched its investigation into the Ferguson Police Department after 18-year-old Michael Brown was shot and killed by a Ferguson police officer in August 2014, sparking months of protest across the country and public outcry over the use of deadly and excessive force by the police.

On Wednesday, Attorney General Loretta Lynch announced that the Justice Department was filing a lawsuit against Ferguson one day after the city council rejected a proposed settlement that sought to “remedy literally years of systematic deficiencies.” The Justice Department spent more than six months negotiating a settlement with local officials after it identified widespread civil rights violations and racial discrimination in the Ferguson Police Department’s stops, searches, and arrests. It also alleges that local court proceedings violated the due process of residents. The city council’s rejection of the agreement, Lynch said, “leaves us no further choice.”

Here is the full text of the lawsuit:

Good afternoon and thank you all for being here. I am joined by Vanita Gupta, head of the Civil Rights Division.

Nearly a year ago, the Department of Justice released our findings in an investigation of the Police Department of Ferguson, Missouri. Our investigation uncovered a community in distress, in which residents felt under assault by their own police force. The Ferguson Police Department’s violations were expansive and deliberate. They violated the Fourth Amendment by stopping people without reasonable suspicion, arresting them without cause and using unreasonable force. They made enforcement decisions based on the way individuals expressed themselves and unnecessarily escalated non-threatening situations. These violations were not only egregious – they were routine. They were encouraged by the city in the interest of raising revenue. They were driven, at least in part, by racial bias and occurred disproportionately against African-American residents. And they were profoundly and fundamentally unconstitutional. These findings were based upon information received from Ferguson’s own citizens, from Ferguson’s own records and from Ferguson’s own officials. And they demonstrated a clear pattern or practice of violations of the Constitution and federal law.

After announcing our findings one year ago, we began negotiations with the city of Ferguson on a court-enforceable consent decree that would bring about necessary police and court reform. From the outset, we made clear that our goal was to reach an agreement to avoid litigation. But we also made clear that if there was no agreement, we would be forced to go to court to protect the rights of Ferguson residents. Painstaking negotiations lasted more than 26 weeks as we sought to remedy literally years of systematic deficiencies. A few weeks ago, the Department of Justice and Ferguson’s own negotiators came to an agreement that was both fair and cost-effective – and that would provide all the residents of Ferguson the constitutional and effective policing and court practices guaranteed to all Americans. As agreed, it was presented to the Ferguson City Council for approval or rejection. And last night, the city council rejected the consent decree approved by their own negotiators. Their decision leaves us no further choice.

Today, the Department of Justice is filing a lawsuit in U.S. District Court against the city of Ferguson, Missouri, alleging a pattern or practice of law enforcement conduct that violates the First, Fourth and 14th Amendments of the Constitution and federal civil rights laws. We intend to aggressively prosecute this case and I have no doubt that we will prevail.