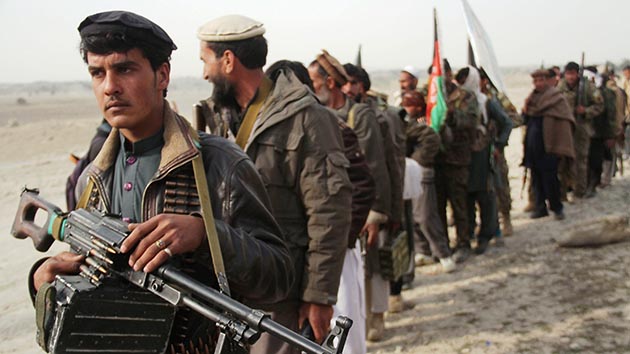 The Department of Defense inspector general’s office is launching an investigation into the way that US military officials handled repeated allegations that Afghan security forces and police were sexually abusing boys.

The Military Times reports that DoD’s deputy inspector general Kenneth P. Moorefield sent a letter to top Pentagon officials on Friday describing a “research project” related to the allegations. The research has been taking place since October 2015 and examined longstanding allegations–including some reported by the New York Times in September 2015—that US soldiers were told to look the other way when it came to young boys being sexually assaulted by Afghan soldiers on joint US-Afghan military bases. That research project has now evolved into a full-scale investigation.

“We are conducting this assessment in response to concerns raised by staff of the Senate Committee on Armed Services and various Members of Congress,” Moorefield wrote. “They have raised serious questions about international, US, and Department of Defense (DoD) law or policy related to child sexual abuse by ANDSF [Afghan National Defense and Security Forces] personnel.”

The Military Times points out that there was widespread knowledge among American service members that some form of sexual abuse was going on between Afghan security forces and boys brought to bases. Many of those soldiers believed there was at least an unofficial policy that the allegations were to be ignored so as to avoid tension with Afghan partners, the Military Times reports. But, as the New York Times noted, US soldiers were uncomfortable when told to ignore the practice known in Afghan culture as “bacha bazi,” or, literally, “boy play.”

“The policy has endured as American forces have recruited and organized Afghan militias to help hold territory against the Taliban,” the Times reported. “But soldiers and Marines have been increasingly troubled that instead of weeding out pedophiles, the American military was arming them in some cases and placing them as the commanders of villages—and doing little when they began abusing children.”

Moorefield proposed that the investigation should look into several specific issues concerning these charges: What regulations and laws are in place requiring DoD officials to report and act on the allegations; were there any efforts by DoD or DoD-affiliated personnel to discourage reporting of allegations of sexual abuse; and how many cases were brought to the attention of US officials concerning alleged sexual assault by Afghan security forces (see the full letter below).

“This committee treats such allegations with the utmost seriousness,” Sen. John McCain (R-AZ), Chairman of the Senate Armed Services Committee said last year, according to the Military Times. “It is precisely because we’re fighting for progress and fighting for our values that it’s been so disturbing to read reports alleging that some of our coalition partners may be engaged in sexual abuse and other activities that contradict our values.”