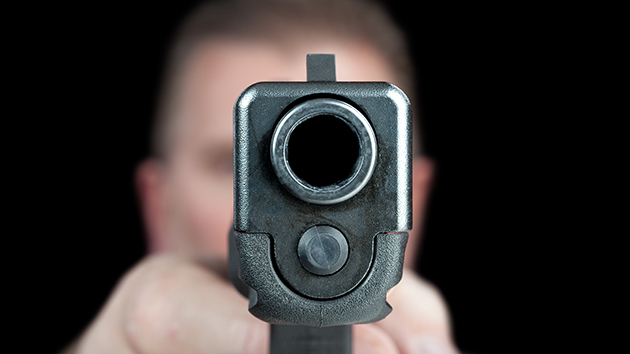 Three weeks removed from the Iowa caucuses, with Bernie Sanders nipping at Hillary Clinton’s heels in the polls, the Clinton campaign is reminding Democrats of the Vermont senator’s most problematic vote in Congress.

In 2005, Sanders, then in the House of Representatives, voted for a bill—backed by the National Rifle Association—to provide legal immunity to gun manufacturers if their guns were used to commit crimes. Then-Sens. Clinton and Barack Obama, by contrast, voted against the bill.

Over the last few months, as mass shootings from Charleston to Roseburg to San Bernardino have rocked the country, and under increasing criticism by Clinton, Sanders has tried to neutralize the gun issue and even walk back his support for that vote. On a Friday conference call, Sanders’ campaign manager, Jeff Weaver, told reporters, “I would say that there’s about zero daylight between the president and Sen. Bernie Sanders.”

So the Clinton campaign set up a conference call of its own.

“Democrats have a real choice, because standing up to the gun lobby is a real difference between Senator Sanders and Hillary Clinton,” John Podesta, a senior Clinton adviser, told reporters on the Friday afternoon call. Podesta highlighted Sanders’ vote for immunity for gun manufacturers, calling his record very different from both Obama’s and Clinton’s. He issued a challenge to Sanders to “commit today to support legislation to overturn the sweeping immunity provision he voted to confer upon the gun industry.”

The Clinton campaign’s latest broadside against Sanders on guns comes one day after President Obama raised the issue of immunity for gun manufacturers in a New York Times op-ed and promised not to support any candidate—including Democrats—”who does not support common-sense gun reform.”

Sanders has come under repeated fire from Clinton for his 2005 vote and others on guns. In response, he has said he would revisit the legislation but has declined to say that he regrets the vote. “I hope you know that Senator Sanders has said he’d be willing to take another look at that legislation,” Sanders’ spokesman, Michael Briggs, told Politico. This week, Sanders backed Obama’s executive actions on guns, including one to expand background checks to more gun sales.

Still, the senator’s gun record is a clear blemish on his near-sterling progressive record. Don’t expect the Clinton campaign to let voters forget that.