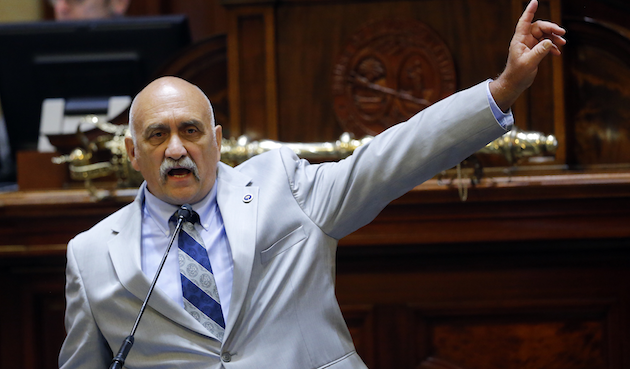 Perhaps inspired by Donald Trump’s recent call for a Muslim database, one South Carolina representative just introduced a measure to create a different kind of strange registry—this time to track journalists deemed “responsible” by the state.

The bill, proposed by Republican state lawmaker Mike Pitts, would establish vague requirements for journalists to submit to a registration process by the state. Journalists found in violation of the registry, by either not registering or breaking his rules, would be subjected to monetary fines and even criminal penalties—a lighter version of how the Kremlin treats its own pesky champions of free speech. As the Post and Courier reports, quoting Pitts, the Secretary of State’s Office would maintain a “responsible journalism registry” and create the criteria, with the help of a panel, on what qualifies a person to be a journalist—similar to the licensing for doctors and lawyers.

When asked if the proposal was retribution for some unflattering press coverage directed towards Pitts—the lawmaker has been repeatedly cited for some of his more eyebrow-raising spending habits—he told the Post and Courier it was actually aimed to combat stories he believes have been unfairly targeting gun ownership.

“It strikes me as ironic that the first question is constitutionality from a press that has no problem demonizing firearms,” Pitts, a lifetime NRA member, said. “With this statement I’m talking primarily about printed press and TV. The TV stations, the six o’clock news and the printed press has no qualms demonizing gun owners and gun ownership.”