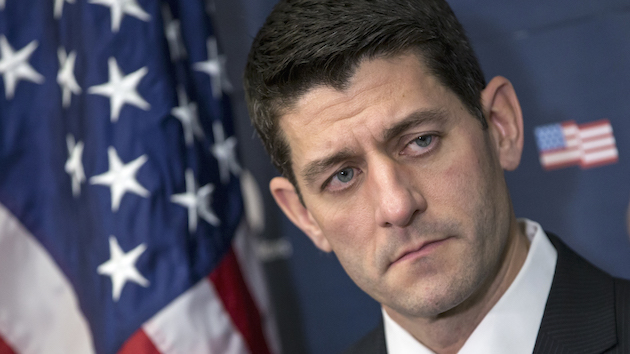 Republicans in Congress have finally concluded their long-running, if likely futile, campaign to send a law gutting the landmark Affordable Care Act to President Barack Obama’s desk. The House passed a bill on Wednesday by a vote of 240 to 181 that would repeal much of Obama’s signature 2010 health care law. But it’s ultimately a symbolic measure: Obama pledged in December to veto the bill, which could strip health care coverage from millions of low-income Americans, and Republicans don’t have the two-thirds majority needed to override a veto.

This is the 62nd time that Congress has voted on repealing the law colloquially known as Obamacare, but it’s the first time the repeal bill has actually cleared both houses of Congress. Republicans finally got the bill through the Senate last December through a special filibuster-proof budget process that requires only 51 votes for passage instead of the usual 60, and the House approved the Senate’s bill on Wednesday. The bill would eliminate many of Obamacare’s key provisions, including the Medicaid expansion, tax credits to help low-income people afford insurance, and taxes to fund the program. It would also abolish the requirements that people get health care coverage and that large employers provide it.

Democratic lawmakers have lambasted the bill as a waste of time, but Republicans are eager to demonstrate their conservative credentials to constituents. House Speaker Paul Ryan (R-Wis.) touted the bill on Twitter as the beginning of a new era for conservatives in Congress.

The bill also includes measures to strip federal funding from Planned Parenthood, another conservative priority. The reproductive health organization has been under fire since an anti-abortion group released videos last year purporting to show officials from the organization discussing the sale of fetal tissue.

While the effort to gut Obamacare may be doomed to failure as long as Obama remains in the White House, the stakes are high. The Department of Health and Human Services estimates that 17.6 million uninsured people have gained coverage through Obamacare. And despite their frequent attempts to repeal the program, Republicans have yet to agree on an alternative.