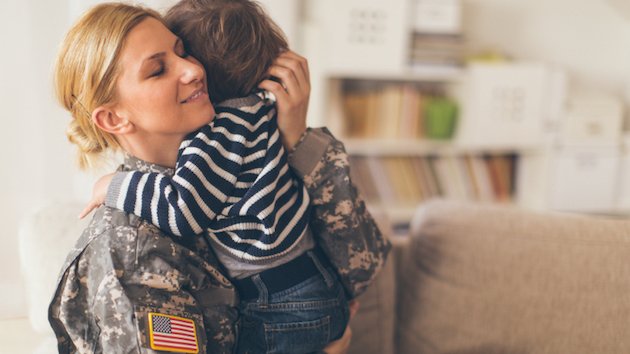 The Pentagon is joining the ranks of major American employers who have boosted their paid maternity leave. Secretary of Defense Ash Carter announced on Thursday that military moms in all branches of the service will now get 12 paid weeks of maternity leave, meaning most new mothers will now have double the time off to care for newborns.

He defended the unified policy as an appropriate balance between the needs of mothers and families and the requirement to have service members and their units prepared for deployments. “We are not Google, we are not Walmart; we are war fighters,” he said at a press briefing on Thursday.

Carter also cast the decision as a way to retain service members and compete with major private-sector companies.

“Women at peak ages for having a family leave the military at the highest rates,” he said, arguing that the new policy will “strengthen [the Pentagon’s] position in the battle for top-tier talent.”

While only 13 percent of American workers have paid family leave benefits, according to the National Partnership for Women and Families, a workplace equality advocacy group, many larger corporations and tech firms allow new mothers several months of family leave. Netflix announced this year that it would give up to a year of paid family leave to salaried employees, while Google’s 18 weeks of maternity leave is a more common figure. Carter called the military’s new 12-week policy “extremely generous” and among the “top tier of institutions nationwide.”

Military fathers didn’t fare as well. The Department of Defense will seek Congress’ permission to boost paid paternity leave only four days, from the current 10 days up to two weeks, Carter said. That puts fathers well behind their counterparts at many major companies like the ones Carter hopes to compete with, especially those in the tech industry. Google, for example, gives new fathers seven weeks of paternity leave, while Facebook offers more than double that amount.

Alex Johansen, a former Army sergeant whose wife gave birth to two children while he was serving, says that even four days can be a significant help for military fathers.

“Even with the policy in place, approvals for leave are required ahead of time and it can be difficult to time a birth,” he wrote to Mother Jones in an email. “An extra four days supports the variables of having a baby, such as early or prolonged labor and recovery times.”

But Army Staff Sergeant Sarah Stricklin, who gave birth to a new son this week, wants to see the military go further. “I think 14 days is a start, but a month would be better,” she wrote. “The military, which claims to understand the importance of families, should really look at other countries’ maternity/paternity leave policies and recognize how beneficial they are in so many ways.”

Carter also announced other family-friendly “Force of the Future” policy changes, including increased daycare hours, more flexibility for military families who want to stay for longer periods at a single base, and the creation of 3,600 “mothers’ rooms” on bases where mothers can safely breastfeed.